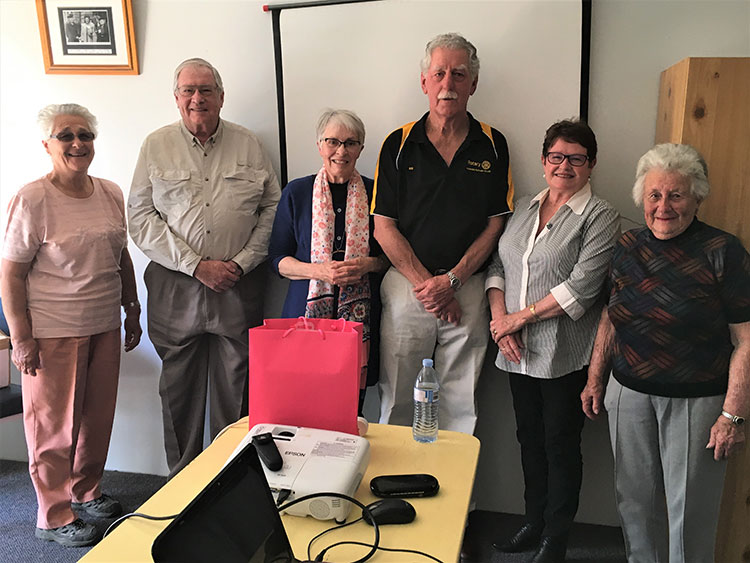 Ken Engsmyr from the Parkes Rotary Club and Bill and Evelyn Shallvey. Bill talked about East Timor and showed photos of his trips there with a group of helpers.

He talked about how they packed several large containers with surplus equipment from the old Parkes and Forbes Hospitals, Southern Cross and Mater Aged Care, including roofing from Southern Cross.

Other events of the club included the annual Friendship Luncheon at the Bogan Gate Hotel; and the International Day meeting in August with International Officer Heather Veal organising a beautiful meal represent-ing Papua New Guinea. Guest Speakers Chris and Kay Owens from Dubbo, who had lived in PNG for 15 years, spoke of their time there.

Upcoming events for the club are the next Trivia Night on Saturday, 12th October at 7pm in the Bogan Gate Hall. Organise a team of four to six, and ring Marion on 6864 3233 or Ros 6864 1023. A special invitation to Parkes and Forbes people to come for a drive and experience a fun night.

Tuesday, 15th October the Oxley Group of CWA has their Annual Conference in Tullamore; next CWA meeting is on Thursday, 17th October for the AGM.