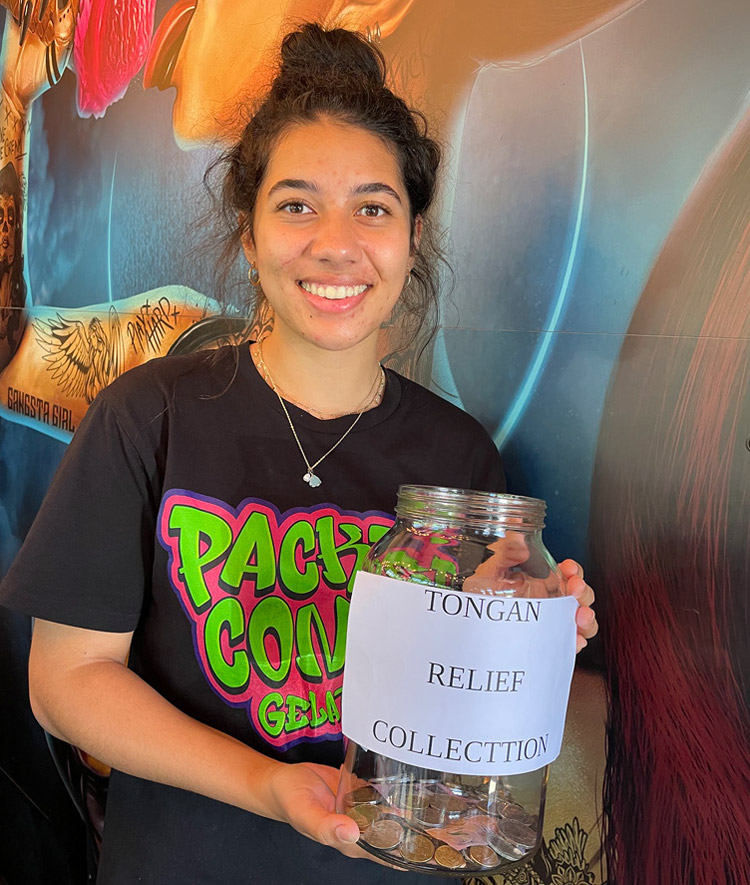 Packed Cones employee Leilani Lavaka initiated the donation drive for Tonga. Any donations from money to clothes and toiletries are accepted and can be dropped off at the business between 10am and 10pm.

Photos of the devastation in Tonga started filtering through this week after the recent volcanic eruption in Tonga that triggered a tsunami.

Nasa says the eruption was hundreds of times more powerful than the atomic bomb the US dropped on Hiroshima during World War Two, while Tongan residents said it felt like the world was coming to an end.

As the island nations struggles to deal with the ash from the eruptions, many families have stopped their children from playing outside.

While Tongans living in Australia are still struggling to make contact with their families, many donation drives have started up, including in Parkes.

Packed Cones started a Tongan Relief Fundraiser after one of its employees, Leilani Lavaka, said her sister Emeline was organising donations to go over in two containers.

“If you cannot donate money, Packed Cones also welcomes any donations of clothes, toys, toiletries and household items,” said India Rauchle. “We are open from 10am to 10pm and donations can be dropped off at our business any time.”

She said the Tongan community in Parkes counted about 60 people and that all the islanders have been very helpful since the disaster.

She thanked the public for the donations so far. “We’ve already started getting some stuff and the support has been fantastic,” India said on Monday.