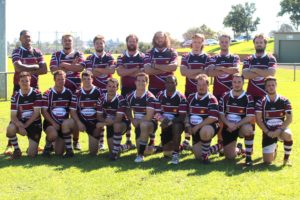 The Parkes Boars faced the Mudgee Wombats in the season opener last Saturday with great success.

Third Grade had 24 willing players but faced a last-minute Mudgee forfeit with Parkes taking the points.

The First Grade Wombats kicked off deep into Boars defence and within two minutes crossed the line to take the lead. Parkes rallied and a minute later through the hands of Ash Adams and Joe Nash, John Rathbone crossed wide for his first. The Boars lead at half time 31-14.

Next Saturday the Boars travel to Cowra to face the Eagles.