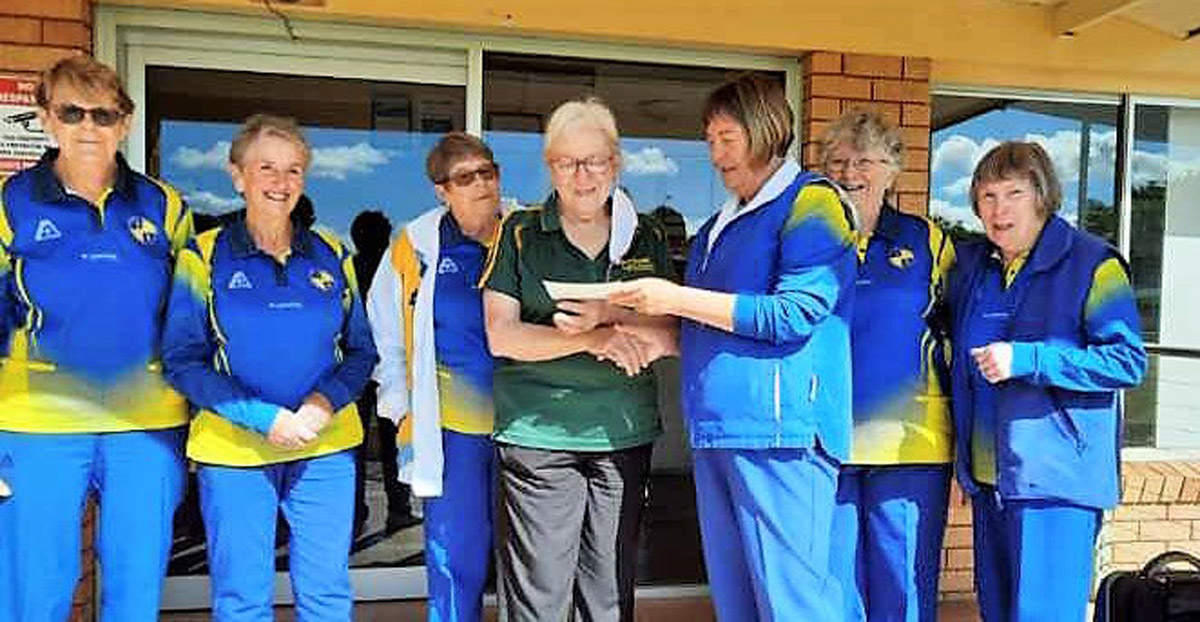 The women raised the grand amount of $1,065 at their Spring Fling event last week for CanAssist. President Maureen Miller presented the cheque to CanAssist President Sylvia Glendenning on Tuesday.

The rain has given the greens a blast of oxygenated H2O, and Ground Control have done a grand job preparing the perfect surface.

In the semi-finals of the Minor Singles Lorraine Baker defeated Lynn Ryan in a close tussle in atrocious conditions last Friday, and Maureen Miller sewed up the match against Heather Harvey on Tuesday. The final will take place between Lorraine and Maureen next week.

In a social game of pairs, Marja Iffland and Fran Dixon kept it very friendly when playing against Betsy Johnstone and Lynn Ryan, drawing the game 15-all.

Sue Butson of Ulladulla and Flo Riseborough were pleased with their game, and enjoyed a win over Kay Craft and Carol Reed.

Kim Evans/Jan McPhee (sisters with attitude), together with Rose Mitchell and Joan Simpson were even-stevens against Eileen

Minor Triples Championship
Rob Irving and Jo and Mike Simpson had a bit of trouble shaking off Greg Huggins, Jim Blake and Mal Porter. After 16 ends Team Huggins lead 14-13 but then Team Irving took control and won all of the remaining ends to win 25-14.

Mixed Pairs Championship
Only one match of Mixed Pairs was played last week, and what a close game it was. The team of Brett and Cherrie Frame were up against Dave Johnson and Lorraine Baker. The scores were locked at 21 all with one end to play. Both teams were holding shot but eventually Brett and Cherrie scored two shots to advance to the semi-final.