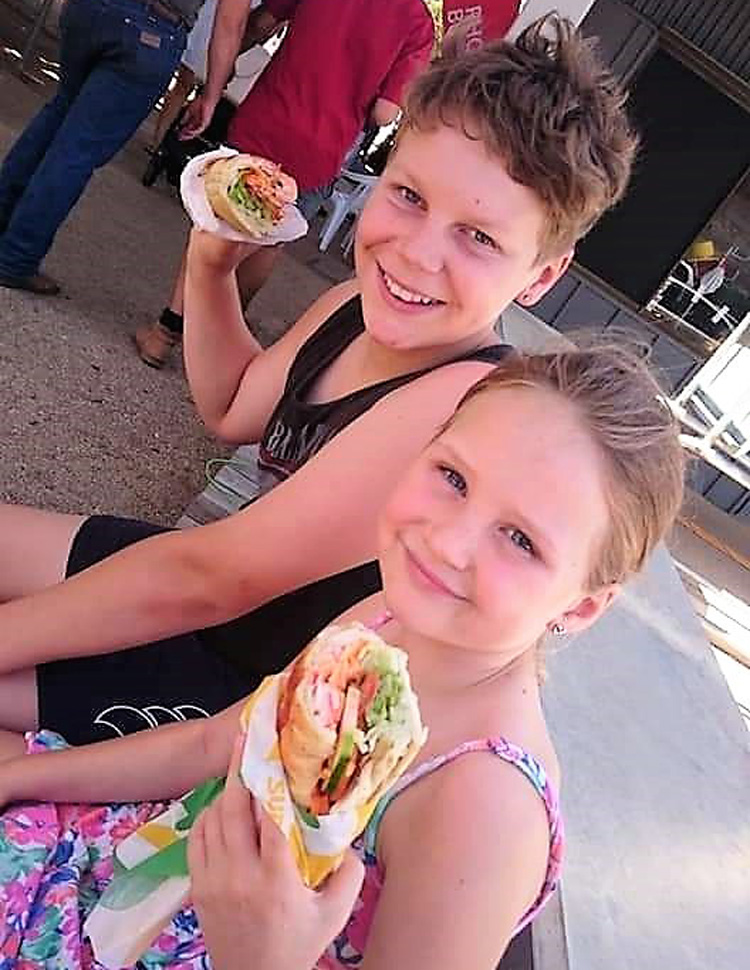 Gage Kirk in happier times before he was first diagnosed, with his sister Rebekah.

While many of us were thinking it was hard getting through the COVID lockdown, a 14-year-old Parkes boy has been fighting for his life in a hospital in Sydney.

Gage Kirk, a Parkes High School student, received a devastating diagnosis on 14th April last year, a week after his 13th birthday. He had Ewing’s Sarcoma, a cancer that most often occurs in and around the bones, but it had also spread to Gage’s soft tissue and lungs.

Gage’s family were all in shock at the news, and it turned their life upside down. He was moved far away from home at the Westmead Children’s Hospital in Sydney where he received treatment of doses of intense chemotherapy and radiation for over 12 months.

In May this year Gage received yet another diagnosis, but this time it was the news everyone was wanting to hear. He was given the all-clear, there was not a sign of any cancer in his body. Gage’s family and friends were so relieved and elated that he was cancer-free and able to return home to Parkes.

Gage was home for nearly three months when he started to experience severe pain in his knee. His specialist referred him to the paediatrician in Orange where he had an MRI. A week later, on 12th July, he was sent back to the Westmead Children’s Hospital where Gage’s specialist confirmed a relapse. The cancer was back. They did further scans and found that it had returned in his knee, spine, pubic bone and lungs.

The pressure on Gage’s mum Sarah is immense running two households. While she is in Sydney supporting Gage through his treatment, she also has to ensure her two younger children Rebekah and Declan are being looked after by grandparents in Parkes.

A Go Fund Me page was started to support Gage to help fund consultations with some of the world’s leading researchers and specialists to find trials that will give Gage a chance to survive, and to help Gage’s mum.

“I am struggling to keep two households running with limited income. Please help us get through this horrific time away from home and support us in raising the funds to have a consultation with a doctor we believe will give my son a chance to survive,” said Sarah on the fundraising page.

The time spent away from home for treatment means Gage has missed nearly two years of school, and being five hours away from Parkes he is unable to socialise with any of his friends and family.

This is a call on the Parkes community to help raise Gage’s spirits by getting behind him in support. Whether you start a small fundraiser at your workplace or school, pass the hat around with your mates, or donate directly on the Go Fund Me page, every little bit will make a difference.

Gage’s family would like to thank all their friends and the Parkes community for their support so far.

This is the link to the Go Fund Me page www.gofundme.com/f/14-year-old-gage-is-facing-cancer-again?member=125412 99&sharetype=teams&utm_campaign=p_na+share-sheet&utm_medium=copy_link&utm_source=customer