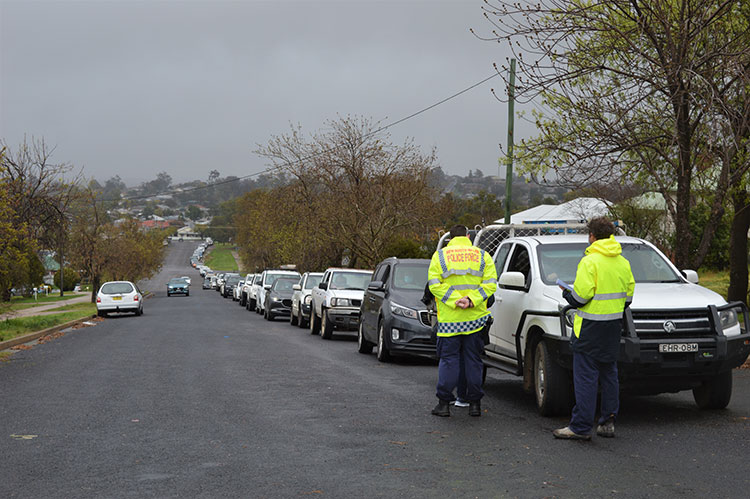 People started lining up from 7am for the clinic to open at 10am. Just after 10am the queue of vehicles snaked all the way up Alexander Street, down Wentworth (pictured), into Currajong and all around Drummond on both sides.

After the shock, sadness, worry and disappointment of Parkes losing its COVID-free status, the community united from Monday with hundreds turning up to get tested and joining the line to get vaccinated.

The drive through testing site at the Parkes Showgrounds saw a surge from only 74 tests on Sunday to 515 on Monday and 344 on Tuesday.

Hundreds of residents turned up on the first day of the pop-up vaccination clinic at Northparkes Oval on Tuesday with 350 receiving their first jab. People started lining up three hours before the hub was to open.

By 10am the parking lot at the oval was filled with over 180 cars, while more than 120 cars snaked from the oval’s gate up Alexander Street, all the way down Wentworth Street, into Currajong Street and all around Drummond Street on both sides to keep the queue from spilling onto the highway.

On Wednesday the line up started even earlier with 25 cars by 6:20am and the line once again snaking into several streets.

Parkes Shire Mayor Ken Keith thanked everyone who lined up to get tested. “There’s huge queues there and not everyone could get tested today,” he said on Tuesday.

He also said Council had received wonderful feedback from the Defence Force Academy (who is running the clinic) complimenting the Parkes Community on their politeness, attitude and understanding of the situation. 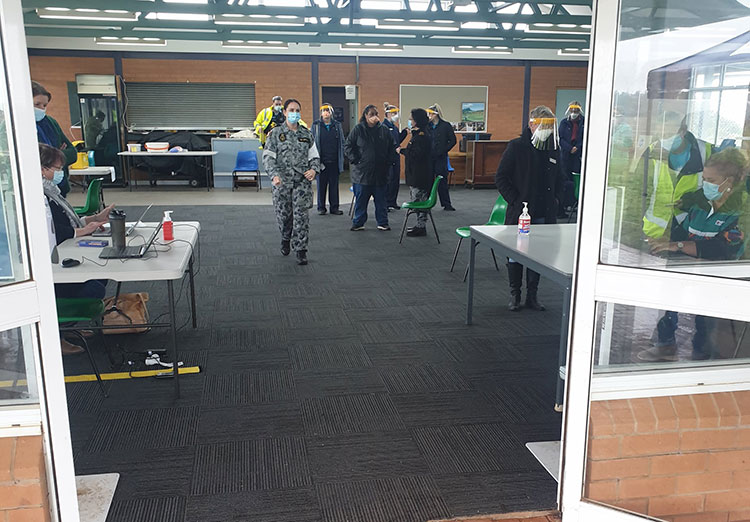 The three-day pop-up vaccination clinic at the North-parkes Oval started on Tuesday with a massive reaction from the Parkes community following five positive cases reported on Monday and one on Sunday. (photo: Central West Police District) 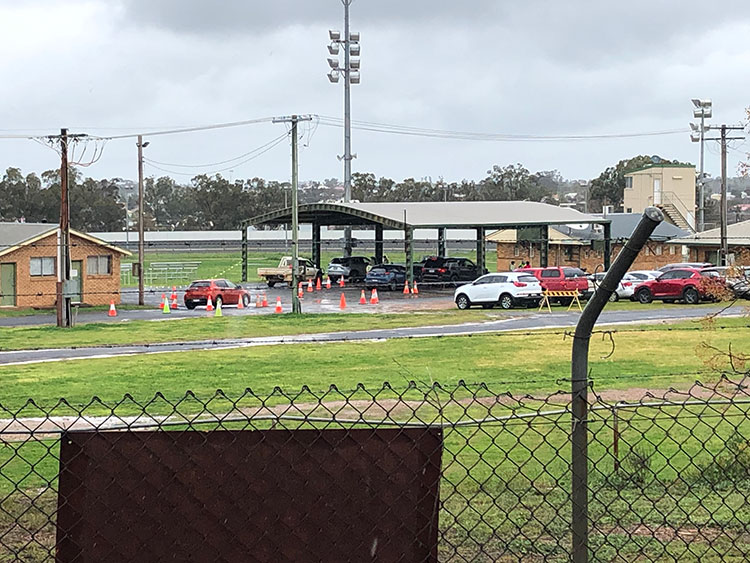 The testing clinic at the Parkes Showground saw an increase in numbers on Monday and Tuesday after the COVID positive cases in Parkes. People are urged to keep on testing. 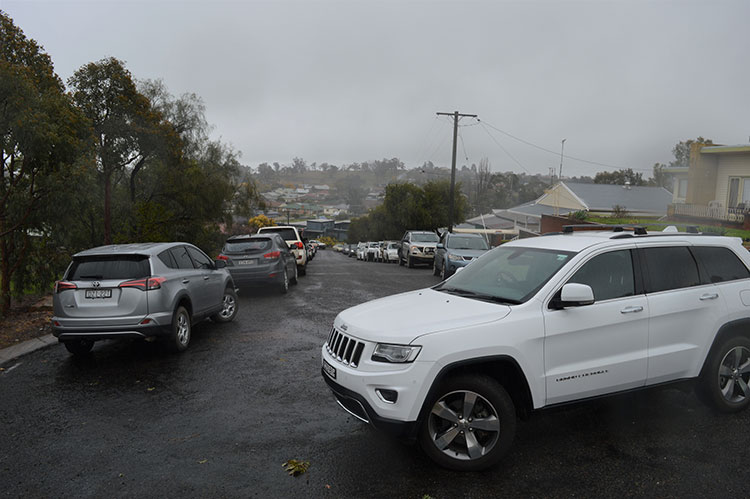 The usually quiet dead end Drummond Street filled with cars on Tuesday as people lined up for the vaccination hub at Northparkes Oval. 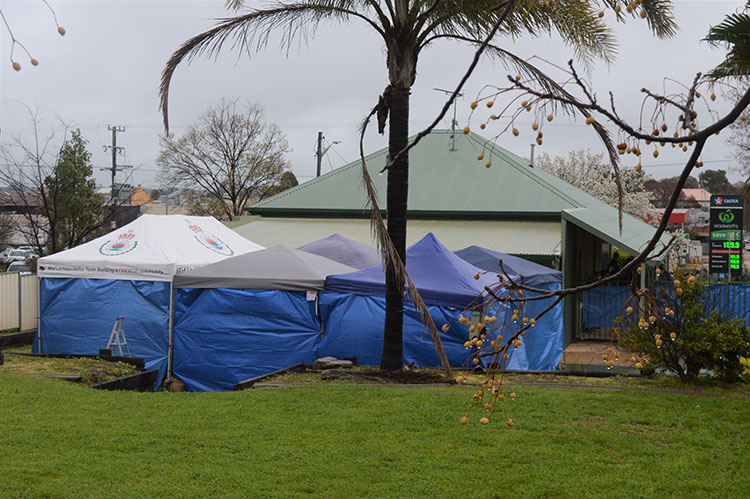 The Currajong Street Medical Centre vaccinations also continued at the pathology centre on Tuesday despite the heavy rain at times.