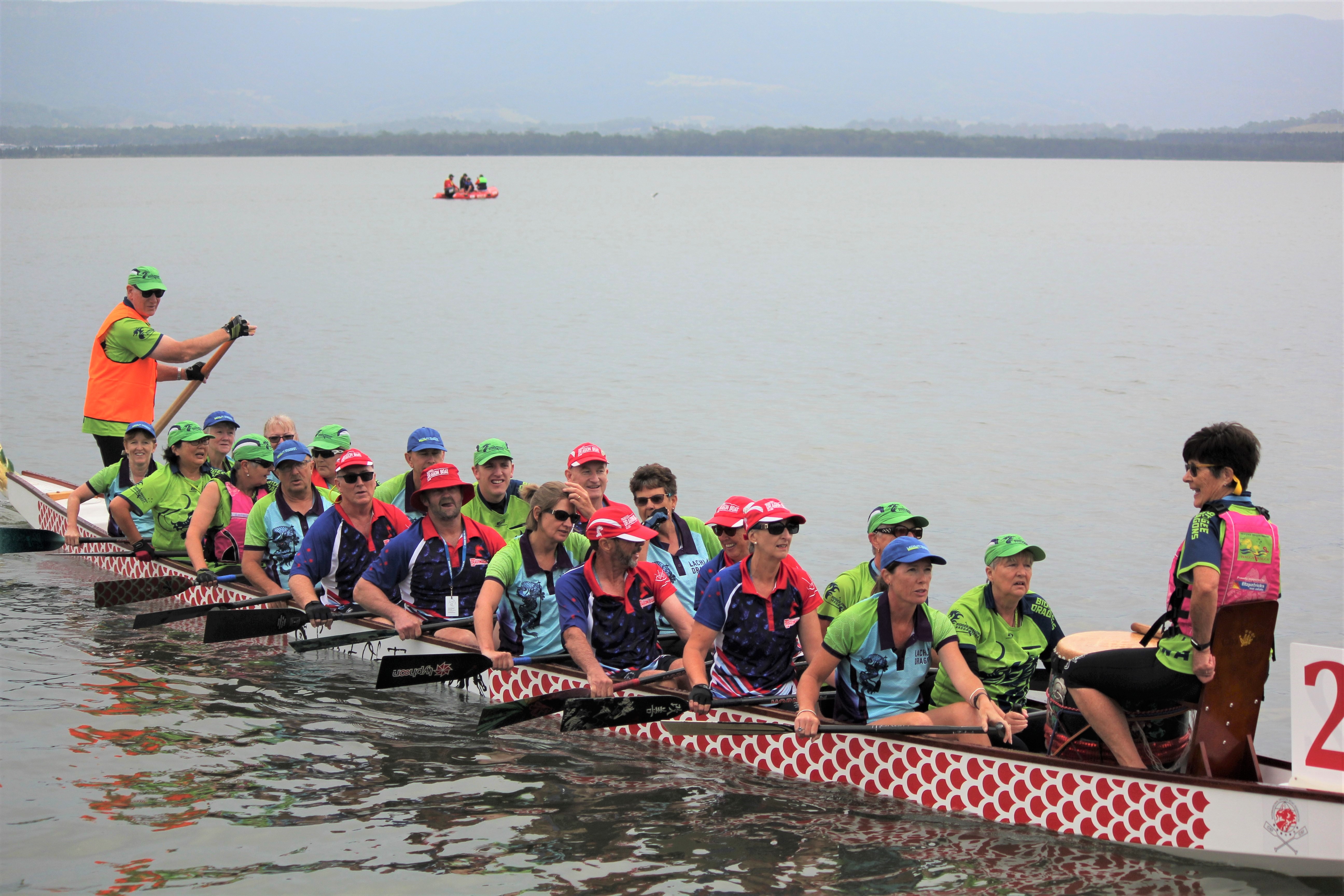 The Parkes Dragon Boat Club (PDBC) made the most of the regatta season travelling all over the state to broaden its experience. After the women’s team won a silver medal in Jindabyne in February, 11 team members travelled to the South Coast in March for its first participation in the Shellharbour Regatta.

Parkes combined with Forbes and Wagga Wagga to compete as two Waratahs teams with nine other sports teams. It was a great day with one of the Waratahs teams making it into the finals.

This weekend some PDBC members will be camping out at Dunn’s Swamp with other western region teams for some fun dragon boating.

“Mark the date in your calendars. It is one of the significant regattas for the year,” Bill said.