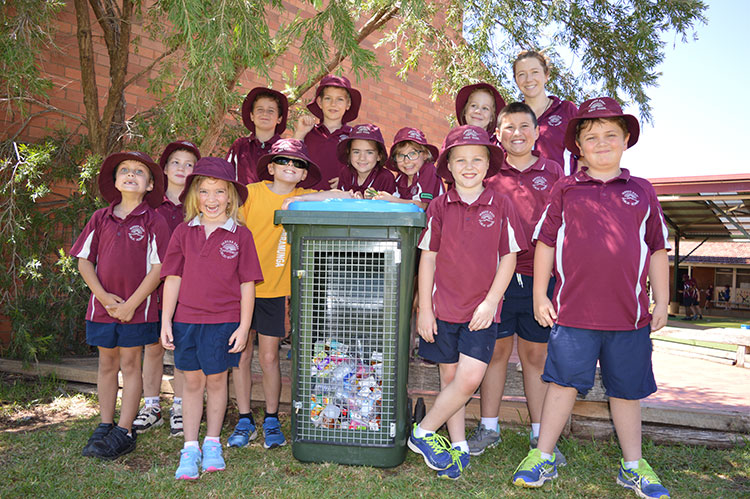 A group of dedicated and enthusiastic eco warriors at Parkes East Primary School are working hard to reduce the carbon footprint of their school.

The Eco Kids Group was started this year by Technology teacher and environmentalist Teegan Rodgers. “I am passionate about the environment and wanted to see our school do something.”

The group has 13 members, one student from each class in Years 1 to 6, and meet once per week to work on their goals.

The group has already implemented their very first project implementing a Return and Earn container deposit project for the school. They converted two wheelie bins, donated by JR Richards, into recycling bins with a wire front side to make it easier for the students to see which containers to put into the bin.

“We will take the contents to the depot every fortnight and use the money for more environmental projects at the school,” said Teegan.

The Eco Kids drive the project by monitoring the bins and taking responsibility for taking them in and out every day. “It is very hands on learning,” said Teegan. 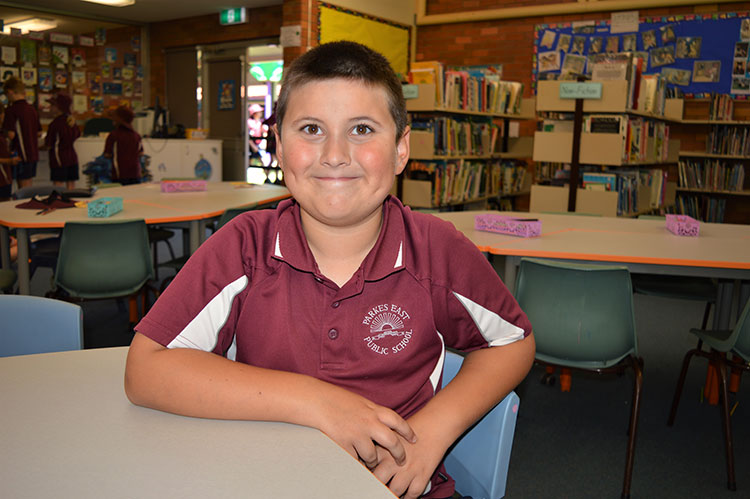 Dominic Frogley (10) is one of the enthusiastic members of the Eco Kids Group at Parkes East.
“I wanted to join as I usually help my mum in the garden and wanted to learn more about gardening and the environment.”

The group members also tell the rest of the school about their project for the week at the Monday morning assembly. They demonstrated the Return and Earn project to the school to show everyone how it worked.

Last week the group was already working on their second project. They conducted a waste audit by emptying all the general waste bins at the school onto a large tarp and sorted the rubbish into five piles for landfill, recycling, Redcycle for soft plastics, Return and Earn and compost/worm food.

Although it was a smelly job, it was an eye opener to see that the Redcycle pile was the biggest consisting of all the food wrappers, chips packets and other soft plastics used on processed foods.

The next step for this project is to place two Redcycle bins on the playground for the students to further sort their rubbish. “We will take the plastics to the collection point at Woolworths when we do the containers for Return and Earn,” said Teegan.

There is no stopping the enthusiasm of the Eco Kids and this week they had a visit from Netwaste to teach them all about recycling, composting and worm farming. As the second biggest group of rubbish sorted during the waste audit was food waste, it was very handy to learn about composting and worm farms. The 3/4F class had a good experience learning to build a worm farm for the school.

According to Teegan the group has some big projects on the radar like putting in vegetable gardens for the school, starting a compost heap and giving the Wiradjuri garden a face lift.

At the same time she hopes the messages will filter to the students’ homes where some of the practical steps can be implemented.

She would also be very happy to challenge other schools in Parkes to do the same.

The enthusiasm of this small group of eco warriors can be an inspiration to all of us to look at our waste and what we do about it.