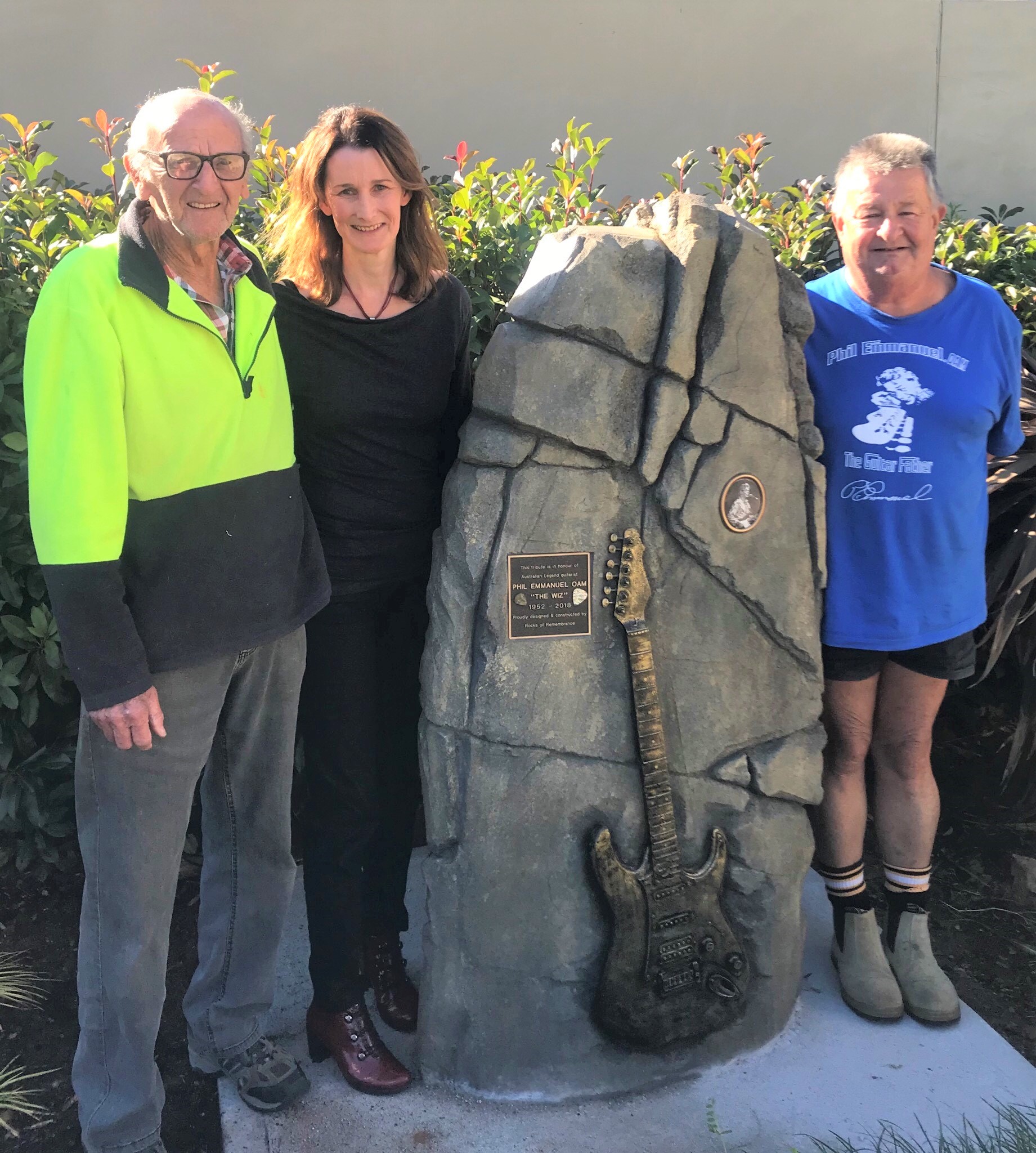 It’s been a year since the Parkes community was shocked by the sudden passing of one of Australia’s music legends.

Last week a permanent memorial was installed in honour of Phil Emmanuel outside the Henry Parkes Centre on the first anniversary of his death.

The memorial was organised by Phil’s brother and Parkes resident, Darcy Emmanuel, and kindly donated by Rod and Cheryl Fletcher from Rocks of Remembrance.

It was officially unveiled at a special tribute show held in Phil’s honour at this year’s Parkes Elvis Festival. The memorial is positioned outside the entrance to the Parkes and District Historical Society Museum where there is an exhibit honouring the Emmanuel family.

Parkes Elvis Festival Director Cathy Treasure said: “It was an honour to meet Phil in 2018 when he was inducted into the Wall of Fame.”

“He was both a great musician and a lovely man to work with. This memorial is an important installation to honour his memory,” Cathy said.

Phil could well have been the greatest electric guitar player Australia had produced, according to rock historian Glenn A Baker.

Baker presented the music TV show After Dark in the 1980s when The Emmanuel Brothers blew everyone away performing a trick that involved the two of them playing the one instrument.

“Tommy would [go on to] be the greatest acoustic guitar player we’ve probably seen,” said Glenn.

He started his music career at a young age as part of the Emmanuel Quartet. The Emmanuel family settled in Parkes in 1967, where Phil attended school prior to moving to Sydney.

Phil and his brother Tommy were inducted into the Elvis Wall of Fame at last year’s Festival, with Phil performing a solo show to a sell-out crowd. He was planning to return to Parkes this year to perform.