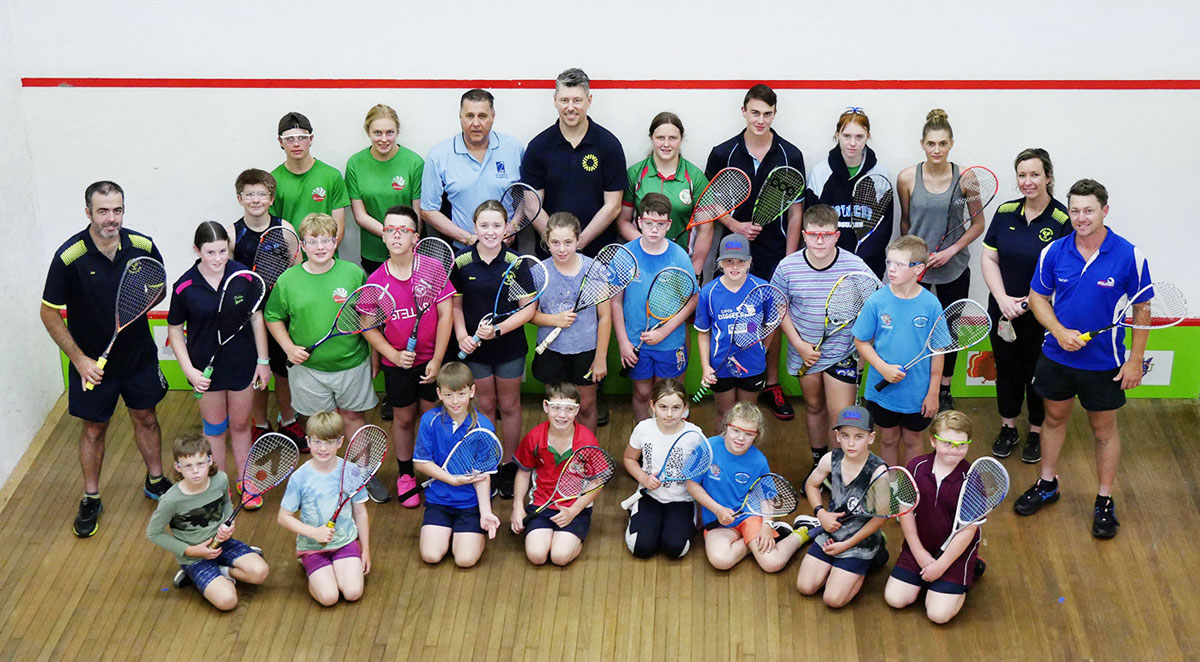 The Parkes Services Squash Centre is one of six venues where the NSW Junior Performance Pathway camps were launched last weekend with 24 young players attending in Parkes.

The Parkes Services Squash Centre was packed to capacity last weekend for the launch of a new program to get more kids on court and make attendance more accessible.

Parkes was one of six regional venues where the NSW Junior Performance Pathway was launched, sponsored by Bright Spark Power. A total of 90 young players attended across the six centres to access to top quality coaching on the day. The Parkes courts had 24 players in attendance.

Squash NSW CEO Richard Griffiths and Bright Spark Power CEO, Arran Coughlan were in Parkes to attend the launch of the program to promote squash to communities across NSW.

“It was great to be back traveling to regional NSW and visit Parkes Squash Centre,” said Richard from Squash NSW, who travelled from Sydney. “It was amazing to see people of all ages back playing again. Squash NSW are committed to continuing to support all our centres across the state including regional areas to showcase squash and grow this great sport.”

Arran agreed that it was great to see Parkes squash buzzing with families again. “Being able to once again get out amongst our customers and communities that we support is a reward for all the great work by the NSW community in getting through the last few months.”

Jay Cross, who runs the Parkes centre with his wife Judy, said the camp last weekend was the first of another five to be held in each region between now and July next year when the NSW team is selected. “Attending these camps is pourceart of the selection criteria to represent NSW. The idea of the camps being held regionally is to get more kids on court and make attendance more accessible, no matter where you live.”