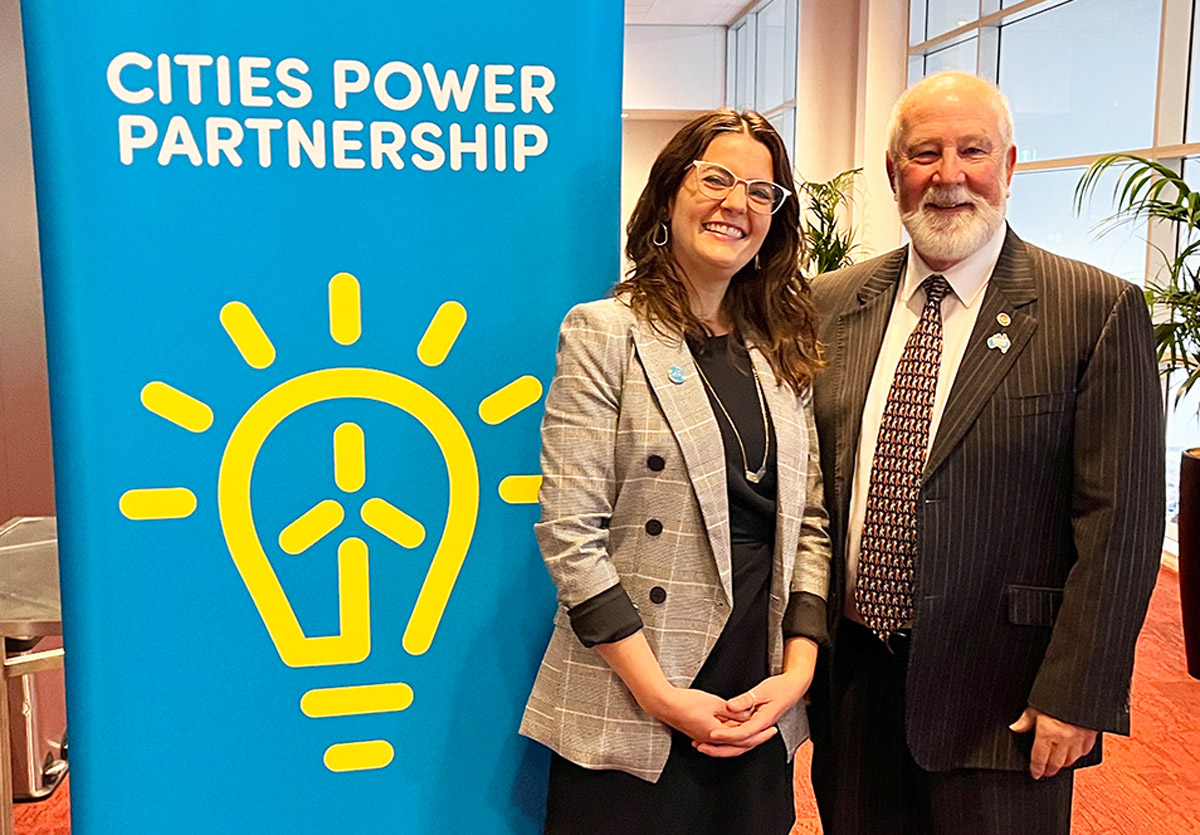 The Parkes Shire Mayor Ken Keith are among a group of 52 mayors and councillors from across Australia who launched a nationwide coalition of local government elected officials advocating for stronger action on climate change to state and federal governments.

Local Leaders – an initiative from the Cities Power Partnership – was launched at a breakfast event in Canberra last week at the Australian Local Government Association (ALGA) National General Assembly.

“Our community wants serious action on climate change, which is why I’ve joined dozens of other local government representatives to amplify our message to a national level,” said the Parkes Mayor.

“It’s important to make our communities’ needs heard by the state and federal government, because we can achieve change locally. Speaking out in the media will help us inspire other communities to capitalise on the benefits a net zero emissions economy brings.”

Dr Portia Odell, Director of the Cities Power Partnership, Australia’s largest network of local governments working towards net zero emissions said: “Local governments have long been leading the way on actions that reduce emissions and set communities up for a thriving future, however their voice is often left out of the media.

“As a Local Leader, the Cities Power Partnership team will work with Mayor Ken Keith on climate-related media opportunities where he can represent the Parkes Shire community on a local, national and sometimes even international level.

“We offer free media support and training to our Local Leaders, because we want to amplify the great work being done in our communities to tackle climate change.

Leaders membership is free and open to mayors and councillors from the 170+ councils around Australia that are part of the Cities Power Partnership.