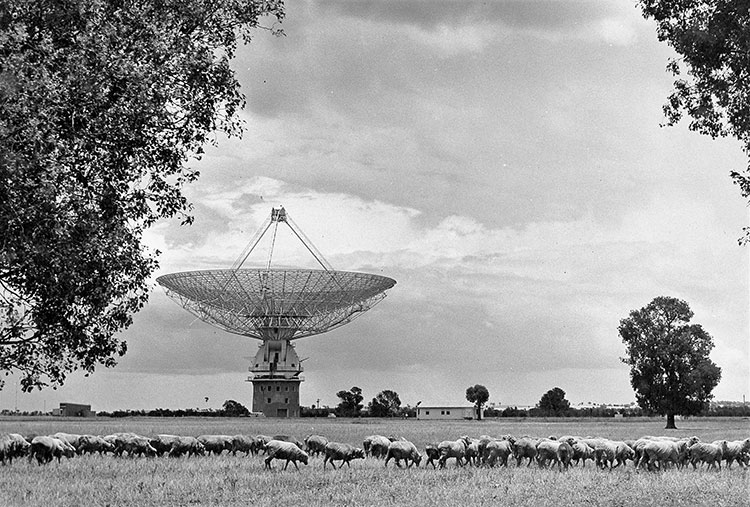 The iconic Parkes Radio Telescope scooped another first to its long list of achievements when it was added to the National Heritage List on Monday.

As the first functioning scientific instrument to be added to the National Heritage List, this honour gives official recognition to The Dish for its contribution to Australian astronomy and humankind’s understanding of the Universe.

“This is great news,” said Operations Scientist John Sarkissian. “The CSIRO’s Parkes Telescope is the most successful scientific instrument in Australia’s history, and it is still at the forefront of world radio astronomy, making great discoveries that are shaping our understanding of the Universe and our place within it.”

John said the listing would enable the CSIRO to plan confidently for the future of the telescope and the work they do there. “It also means that the CSIRO will continue to operate it as a working radio telescope.”

Parkes Mayor Ken Keith OAM, said the Parkes community was very proud of the telescope. “It holds a special place in all of our hearts. It has attracted an array of talented staff throughout its years, embedding a base of scientific and intellectual knowledge and culture within our region which has in turn further stimulated a scientific interest within the broader community and inspired our young citizens.” He said Parkes’ representation in the hit Australian movie The Dish enhanced Australia’s interest in the telescope as the story portrayed the key role it played in receiving the television signals from the Apollo 11 mission to the Moon and sharing this technological feat with 600 million people around the world.

CSIRO Chief Executive Dr Larry Marshall said the Parkes radio telescope was an icon of Australian science and innovation. “While the telescope may be old enough to qualify for the National Heritage List, it continues to operate as one of the world’s leading astronomy instruments.”