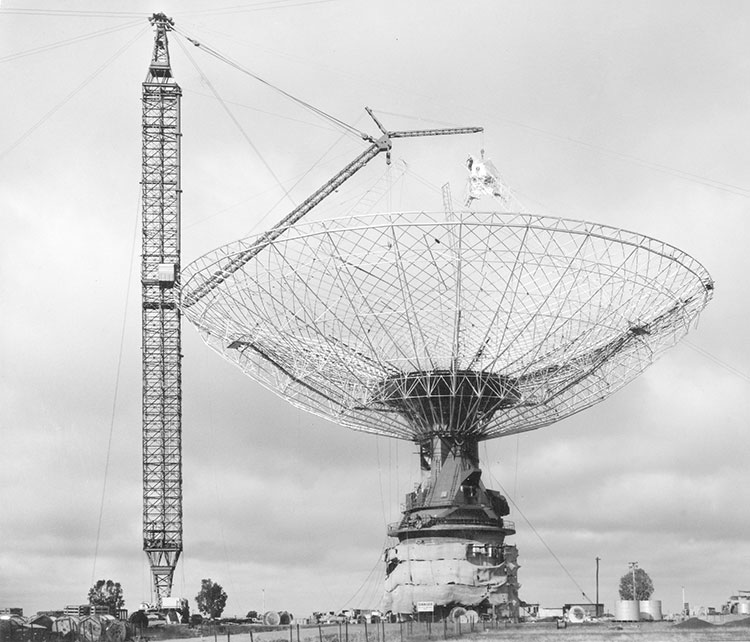 1961: Construction of the 64-metre diameter telescope at CSIRO’s Parkes Observatory is completed, an achievement of engineering and technical design.

1969: Parkes receives television signals from the Apollo 11 Moon landing and relay them to a worldwide audience of 600 million people.

1982: Researchers using Parkes discover a quasar called PKS 2000-330, the most distant object in the Universe known at the time.

1998-2003: Astronomers carry out a survey with Parkes that reveals a new spiral arm in our Galaxy.

2011: Astronomers using Parkes discover a planet, most likely composed of compressed carbon, in orbit around a pulsar that is dubbed the ‘diamond planet’.

2018-19: NASA use Parkes to support the Canberra Deep Space Communication Complex in tracking the Voyager 2 spacecraft as it enters interstellar space.