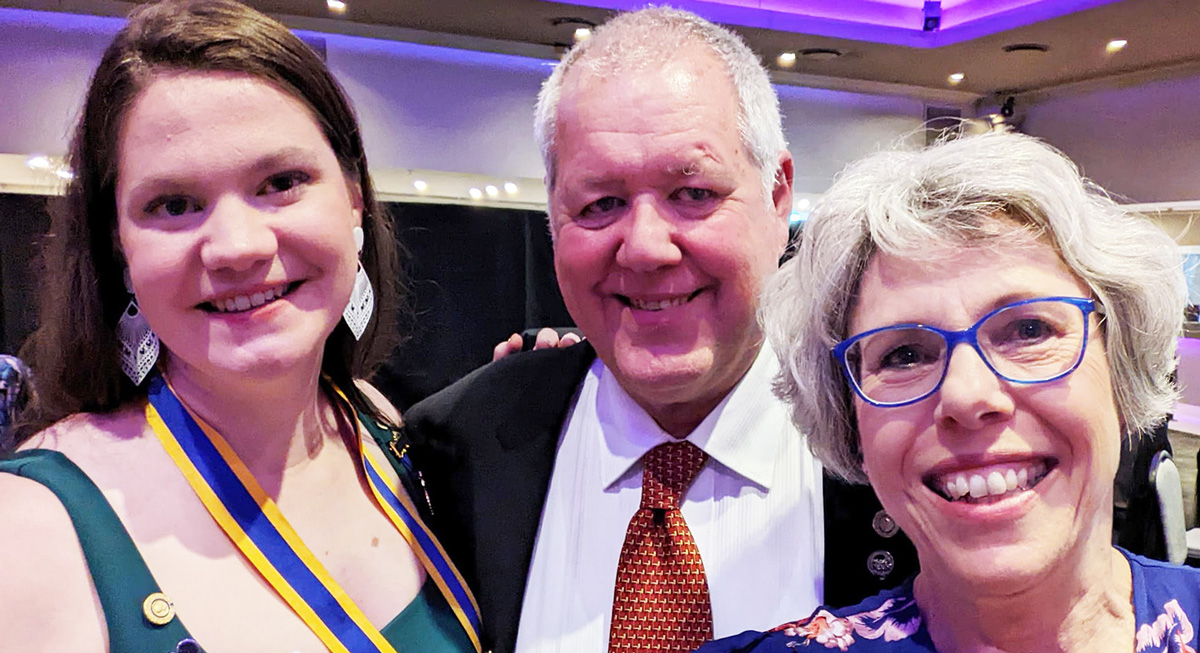 It was a night of many awards for the Parkes Rotary Club at the recent District 9705 Changeover held in Mittagong with the Parkes president taking out Area Rotarian and District Rotarian of the Year.

The main award of the night was the presentation of the District Rotarian of the Year. Parkes Rotary Club President Robert Shore was recognised for his hard work in promoting the club, attracting new members, getting grants for projects and contributing to district and international projects. Robert also started the Parkes Rotary YouTube channel, and produced a successful three-monthly speaker program bringing speakers from all over Australia to Parkes.

Robert received the Area Rotarian of the Year for the work done by the club. Parkes not only attracted 10 new members this year, but contributed to the community by purchasing a driver simulator, conducted mental health first aid courses, and held an Australia Day community dinner.

“The awards really recognise the hard work and the support which comes from the Rotary Club of Parkes,” said Robert who felt “humbled and embarrassed” by the awards. He said Parkes was a terrific club.

The third award for Parkes on the night went to Robert and Rotary club member Ian Freestone. They received the first of four District Awards for excellence in Public Image and Communications for the Parkes Rotary YouTube Channel. The channel was started nine months ago and the 36 episodes have been viewed over 9,000 times. The episodes focus on Rotary projects and topics of general interest. The six episode series of six migrants from different parts of the world who now live in Parkes was particularly popular. It was done as part of the Australia Day celebrations in Parkes.

District 9705 includes nearly 2,000 Rotarians in 87 clubs, and the Changeover sees a new District President inducted and awards presented to clubs and individuals for their contribution during the year.