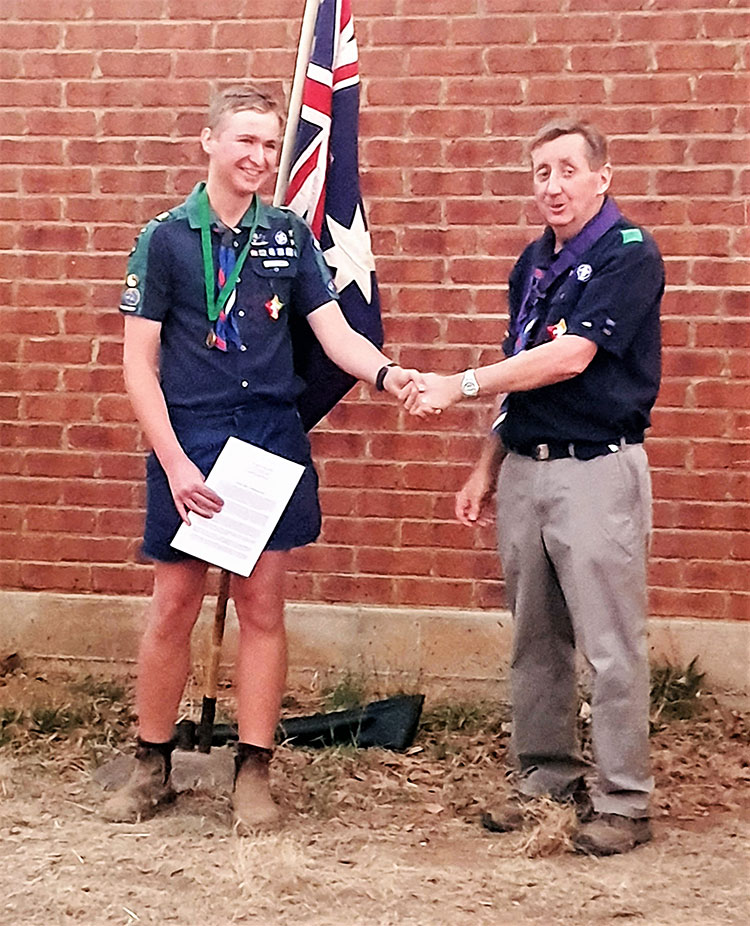 The second award went to Nic Unger who was presented with the Australian Scout Medallion, the highest achievement for a scout. To be eligible for this prestigious award, a Scout had to attend a Scout Leadership Course and achieve the Adventurer Cord. Nic also planned and lead a hike.