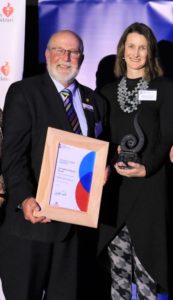 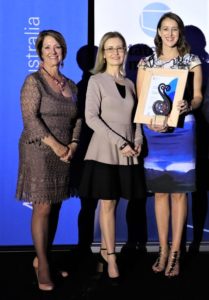 The Parkes Elvis Festival keeps on rocking and rolling in accolades taking home a second gold in as many weeks.

The festival won gold at the Local Government R H Dougherty Awards in Sydney last week as joint winner with the Flavours of Mudgee Festival of the Innovation in Special Events (Division A) category.

“Each year we aim to make the festival new, exciting and unique, and in 2017 we introduced new elements including the Heatbreak Hotels and misting fans, free water refill stations, Elvis public art, live streaming of events, and an innovative PR campaign that achieved a media reach of 200+ million worldwide,” said Parkes Elvis Festival Director Cathy Treasure.

Parkes gained a second award with Brand and Marketing Manager, Katrina Dwyer winning the R H Dougherty Award for Outstanding Individual Contribution for the significant role she plays in the successful delivery of Council’s internal and external communications.

“Katrina is so deserving of this accolade, having dedicated herself to the organisation and our community for over 10 years,” said Parkes Shire Mayor, Cr Ken Keith OAM.

Member for Orange Philip Donato MP extended his congratulations to Parkes on its well-deserved achievements making it stand out as one of the best and brightest.

“I’m thrilled Parkes was mentioned not once, but twice in these prestigious awards.

It’s fantastic when the efforts of our smaller cities are acknowledged on a larger scale,” he said.