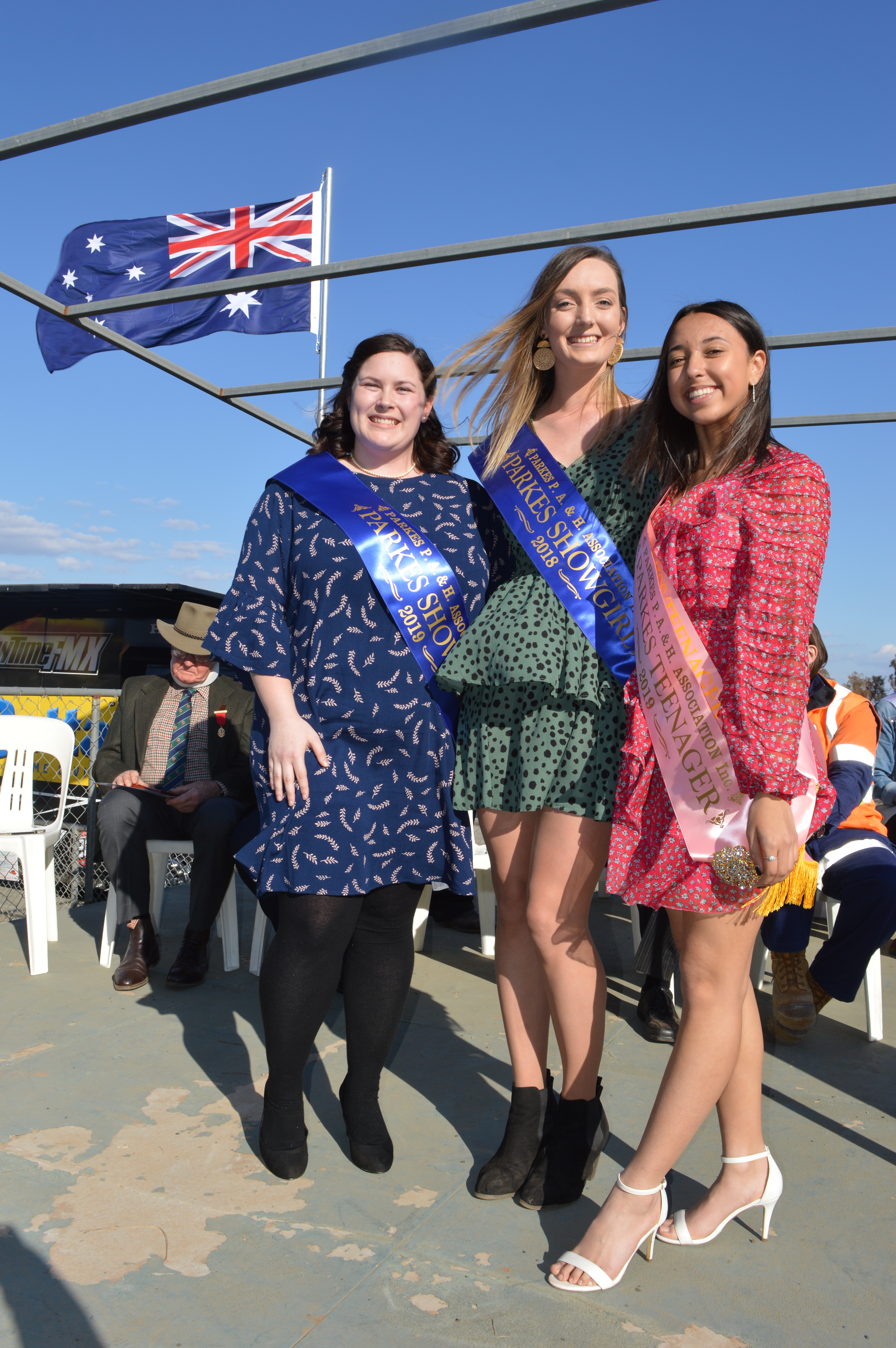 The Parkes Show fireworks lighting up the sky on Tuesday night was symbolic of how our community keeps on shining despite tough times brought about by the current drought.

“I am very happy with the 139th show,” said President Peter Unger. “I was concerned about the influence the drought would have
and that people would stay away, but the entries have been good with some areas filled up to capacity.”

Peter said his greatest wish for the community was that people would just enjoy the company of friends at the show. “I would be satisfied if people had come to the show to get away from their daily routine and had a good time.”

Parkes Show Vice-President Bridget Lee was very happy with this year’s five finalists in the Parkes Showgirl competition. “The judges said they had a really hard choice to make and they were very impressed with the contestants’ knowledge of the community.”

As people streamed through the gates on the half day public holiday on Tuesday, Rebeckah Auld became the 2019 Parkes Showgirl. Rebeckah is studying online through Deacon University for a Bachelors of Communications.

In her outgoing speech 2018 Parkes Showgirl, Amelia Tanswell said she loved being part of a rural community, and congratulated this year’s contestants for stepping up and having a go.