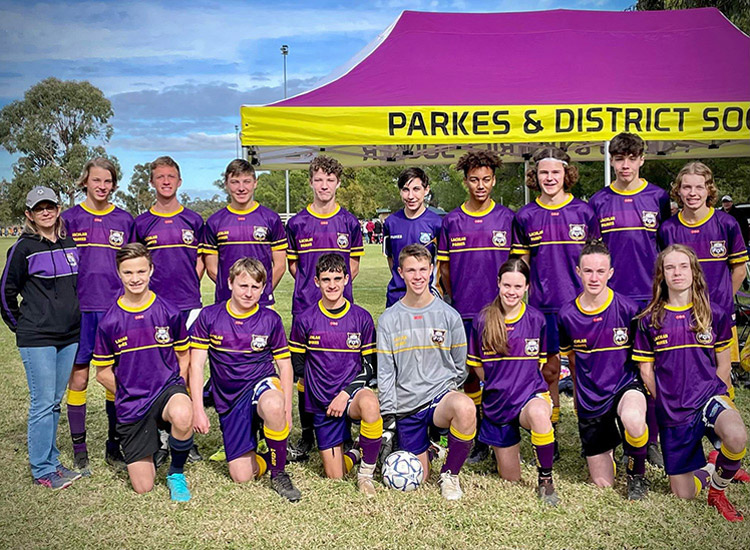 Four Parkes soccer teams competed at the Forbes Gala Day last weekend and the U16 Boys side came home as overall winners. They beat Orange 2-0 in the grand final. The U14 Girls team went down in the semi-final in a penalty shoot out to Bathurst. The U16 team are at the back (L-R) Coach: Angela Bottaro-Porter, Kai Airey, Jake Sinclair, Harrison Budd, Harrison Kennedy, Cameron Frogley, Dusty Annai, Tom Burkitt, Charlie Cowie and Fraiser Beaton. In front are Riley Mcmaster, Hayden Lamond, Danilo Bottaro- Porter, Alexander Macgregor, Ruby Smith, Kaden Charlton-Little and Conner Batt.