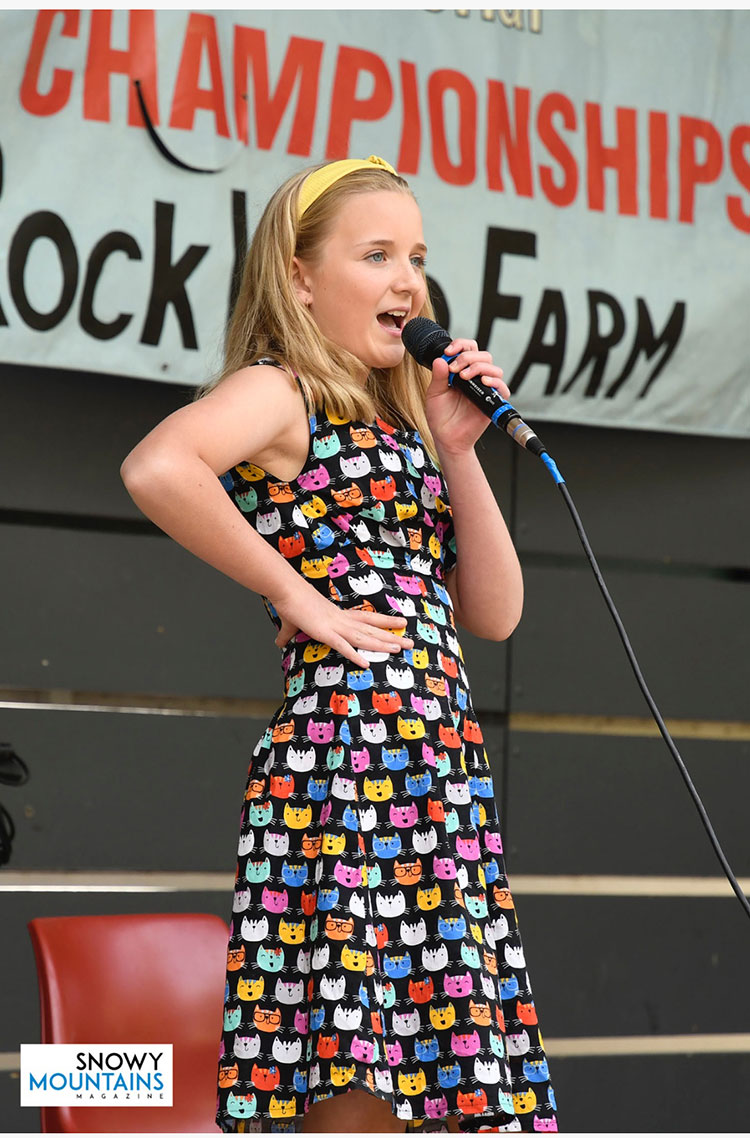 Anabelle van Wyk (12) came second over- all in the primary category with Gemma Ellis (12) in third place, and Hannah Dun (14) was runner-up in the secondary category. It is the first time participants from Parkes made it into the top three.

“It felt wonderful receiving second place, and I am so grateful to have been able to compete and represent our region,” said Annabelle, who was at the final for the second year. She said the competition was really good and she loved seeing all the talent. 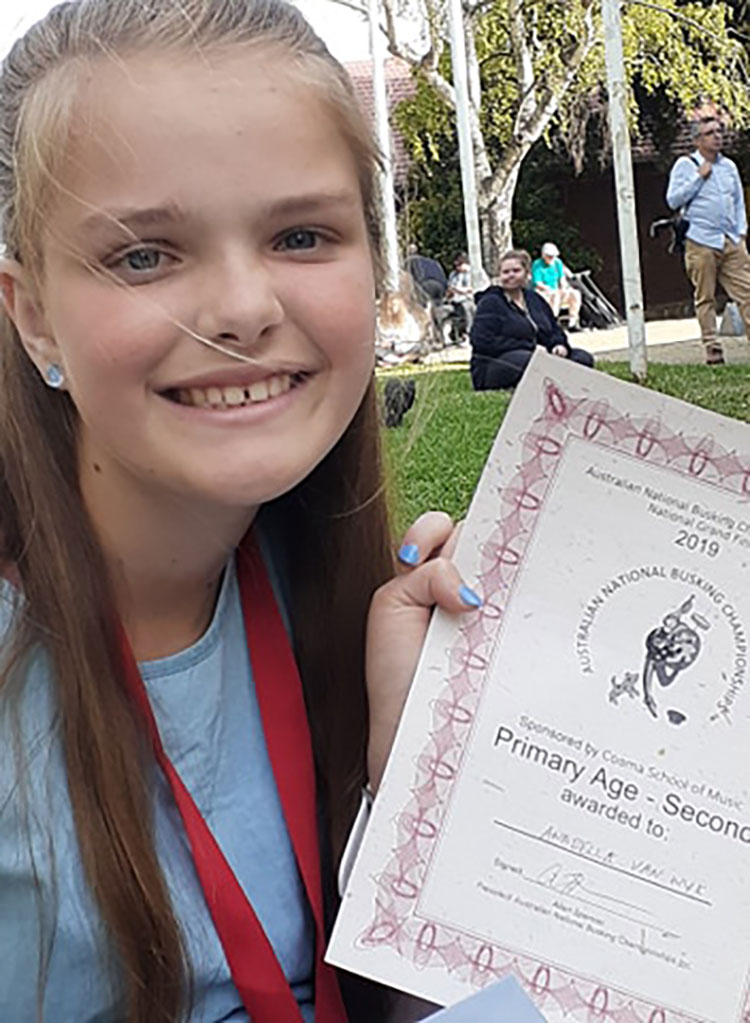 It was a life-changing event for Gemma, who took part in her first grand final. “I had so much fun singing and entertaining the street audience at various shop fronts. The competition was amazing, and I was so happy and overwhelmed to have won third place.”

Australian National Busking Championships founder Allan Spencer said spectators were treated to a wonderful range of performances. “Buskers from all over Australia were competing for cash prizes at the ninth annual event.

Gold Coast trio The Inadequates were crowned the nation’s best buskers. They won the Stanthorpe Busking Championships earlier this year. The eclectic group boasted an array of unique, homemade instruments, wowing audiences with their folk-inspired sound.

More than 52 musicians took part in the competition after competing at eight regional finals, of which Peak Hill was one. The winners of each category qualify for the final in Cooma. Annabelle and Hannah won their categories in Peak Hill, while Gemma won the primary category in Gundegai. 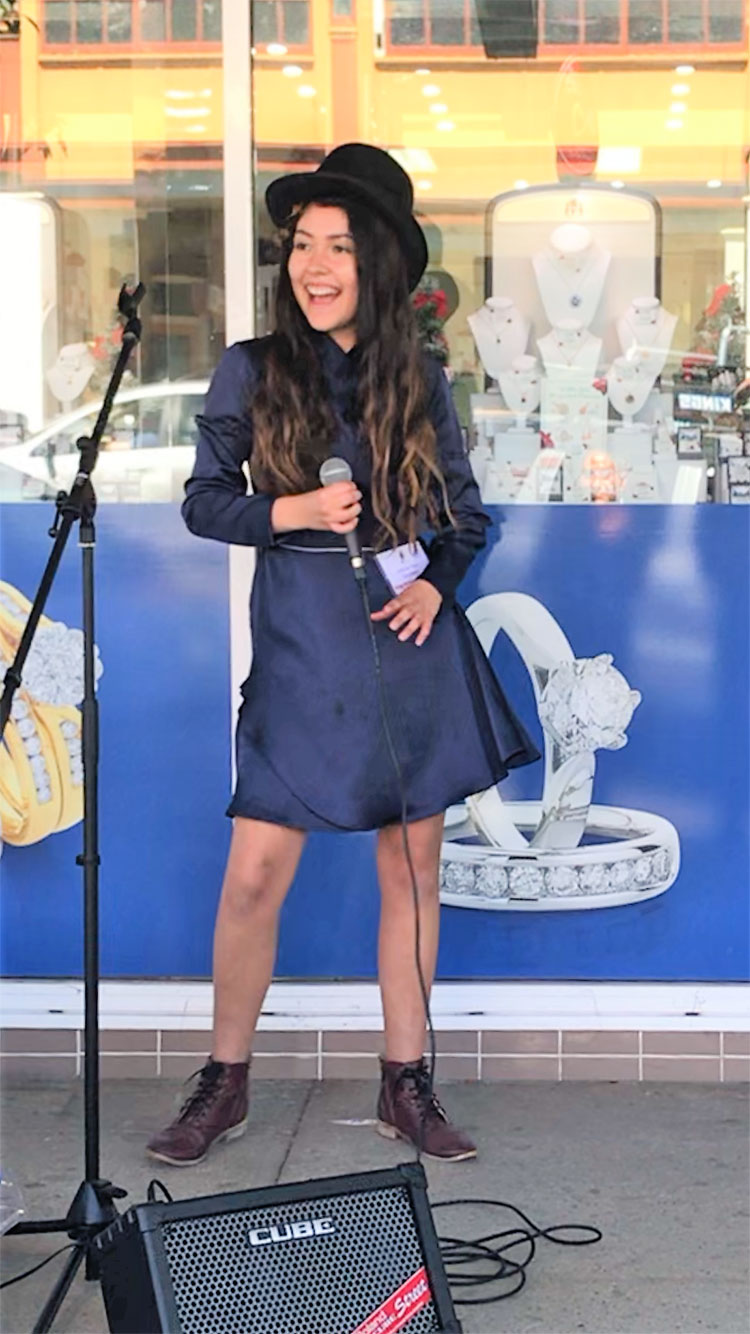 They had to perform at busking hot spots around Cooma with unidentified judges watching them perform. In the afternoon they performed on the main stage and were judged again before the winners were announced.

The talented judging team included Oz Bayldon, who has a huge reputation in the music industry both in Australia and overseas. He is the music director and operations manager of several music festivals including the iconic Gympie Music Muster, Noosa Come Together Festival, as well as the highest music festival in the world held in Nepal to raise money for orphans in that country.

He also discovered Tones And I at the ANBC Noosa Busking Championships, and have since had a meteoric rise with an Australian and overseas tour and number one hits in seven countries.

The three Parkes competitors said they would love to compete again next year. “I really appreciate that they give these opportunities to kids in rural areas,” said Annabelle.

“This event has opened my eyes and given me insight as to where many paths can take me,” said Gemma.”