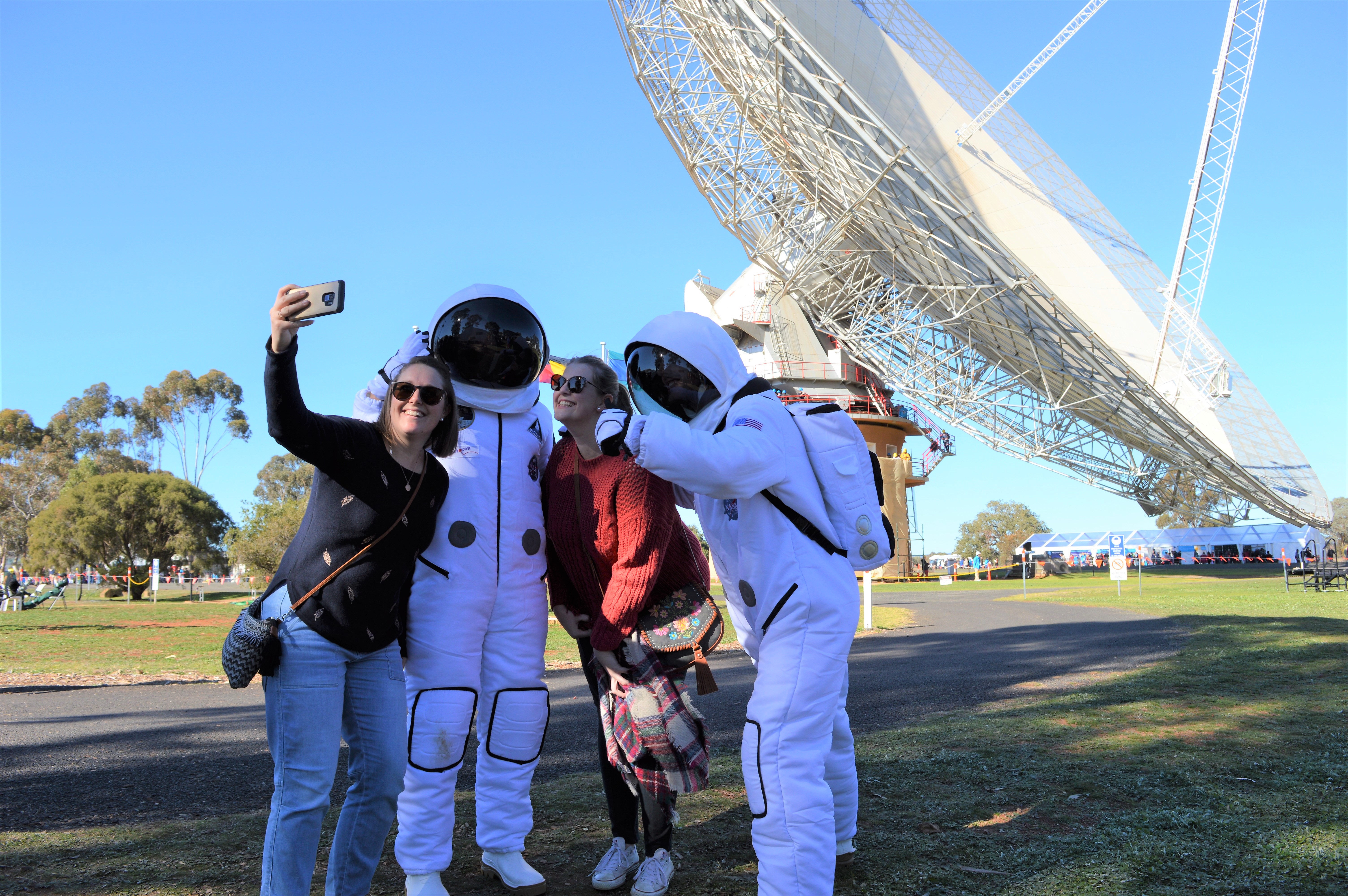 The Parkes Radio Telescope’s pivotal role in relaying high quality television images around the world was celebrated by a huge array of activities from guided inside tours, ground tours and astronomy talks, to space-themed face painting. The screening of the movie The Dish on Saturday night was introduced by actor Roy Billing, who played the part of the Parkes Mayor.

“It was a wonderful weekend and a huge success,” said Tricia Trim of the CSIRO Visitor’s Centre.

Perfect weather added to the happy atmosphere, while Australian-born NASA astronaut Andy Thomas enthralled the large crowd on Sunday talking about day-to-day life in space, the effects of zero gravity and keeping fit in space.

“The view from up there was spectacular,” said Andy when he talked about his personal experience of looking at earth through space. “I can show you the view as we had helmet cameras,” he said showing a video. A massive collective ‘wow’ erupted from the captivated listeners.

CSIRO partnered with ABC Radio for live broadcast coverage over the two days with the official ceremony on Sunday broadcasting the Moon landing as it happened in 1969.

“While it was NASA’s moment, it was Australia’s too: sending astronauts to the Moon and sharing the momentous occasion couldn’t have happened without the pivotal role Australia played,” said the CSIRO in a statement.