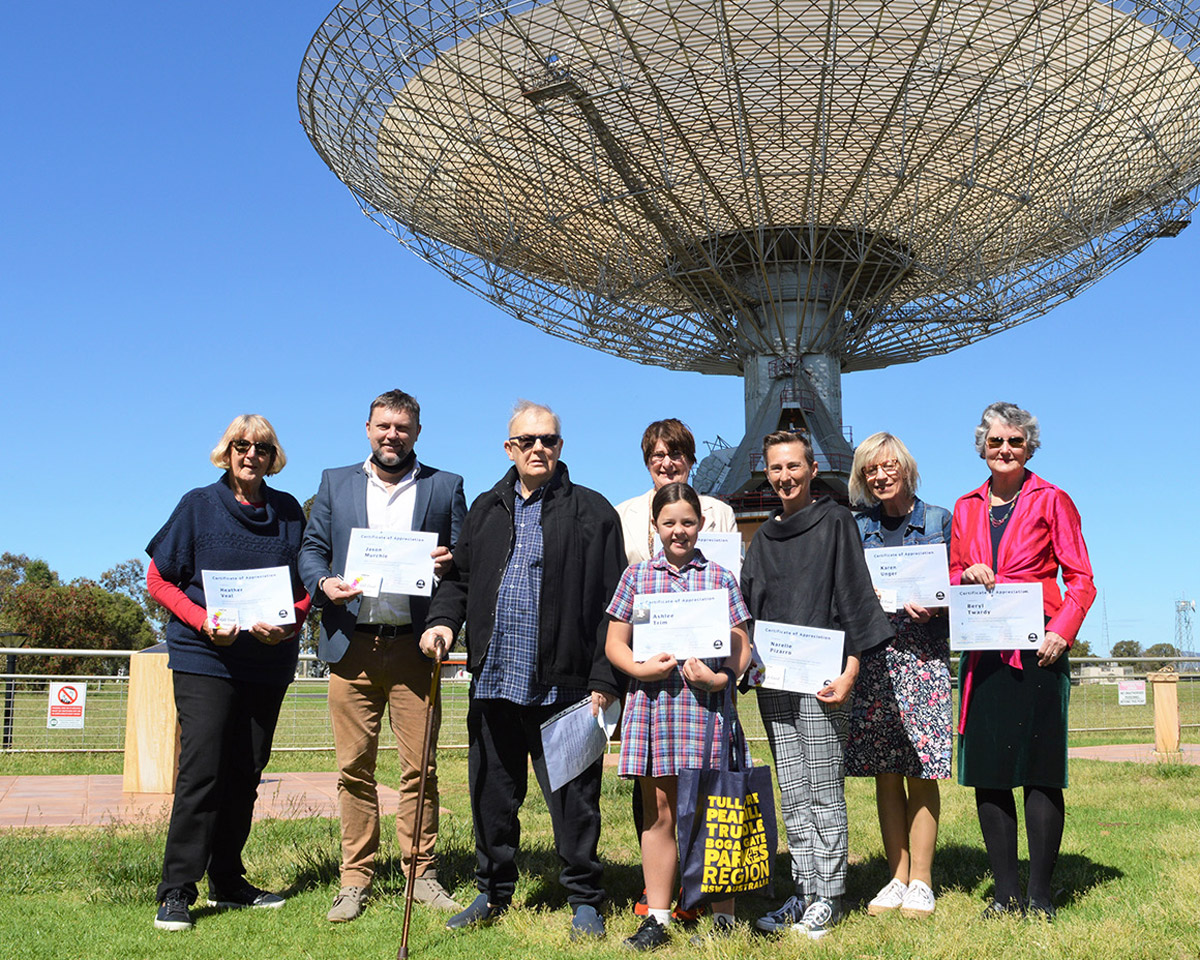 The creativity of Parkes Shire residents did not disappoint with some wonderful entries received for the Parkes Radio Telescope 60th Anniversary Competition.

The winners received their prizes from John Sarkissian, CSIRO Operations Scientist, at The Dish on Tuesday. “It was a great way of getting the community involved in our 60th anniversary celebrations, as we could not plan a large event because of COVID,” said John.

The winner in each category won a guided tour of the telescope and a $50 Shop Parkes gift card.