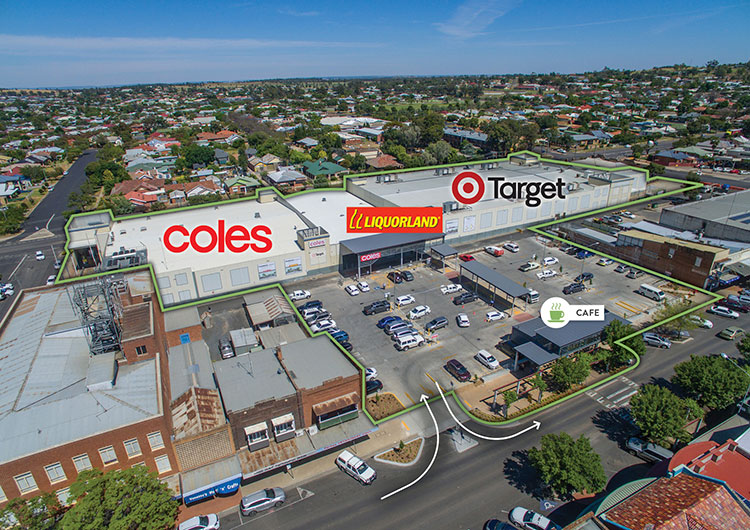 SAD… The community of Parkes is still trying to get its head around the shocking news of Target closing down, but has also vowed to not go down without a fight. (Photo: Spinks & Co)

Just as things started to look up with good rains falling and COVID-19 rules lifting, the Parkes community was hit with a shocker curve ball this week that came out of the blue.

Target announced in an email on Monday it would be closing its store in Parkes, after our town were not included in the initial round of closures revealed last month. “I am very disappointed and at a loss for words,” said Parkes Shire Mayor Ken Keith OAM.

Chairperson of the Parkes Chamber of Commerce, Geoff Rice echoed the Mayor saying he was bitterly disappointed. “There is no indication of why the decision was made,” said Geoff. “It is a very underhanded way of doing it, after giving us a false sense of security when the Forbes store closure was announced last month.”

Geoff said the Chamber was in talks with the Council. “We plan to get back to Target to understand why the decision was made, but to also present them with a very good plan of why the store should remain open.”

In the email Target’s Managing Director, Marina Joanou said: “… following the first phase of a Wesfarmers and Kmart Group strategic review of Target, decisions have been taken to accelerate Target towards being a smaller, more focused and less complex business. Regrettably, our Target store at Parkes will be closing as part of this transformation.”

“What beggars belief,” the Mayor went on to say, “is that this announcement comes on the same day that the Deputy Premier John Barilaro announced that Parkes is one step closer to becoming the state’s first Special Activation Precinct with the adoption of a new planning framework and master plan for the precinct. The master plan also sets out a long-term vision for the Parkes precinct, with up to 3,000 jobs coming from freight and logistics, resource recovery, and value-added agriculture.”

“We should be celebrating this announcement but instead we are having to deal with a decision by Wesfarmers that seems illogical.”

The Mayor and Geoff both said despite the fact that our community had been battling one of the worst droughts in history and many businesses had been heavily impacted by COVID-19, there were still positive investment in the economy.

“We are hopeful of a good harvest this year, Northparkes Mines is pushing ahead with a $300 million expansion project, Inland Rail has procured $100 million in local businesses, and there will be opportunities for local contractors to work on the new $168 million Parkes Bypass,” said Ken. “We are working hard to grow Parkes, so when a decision like this happens it is a kick in the guts.”

Local businessman and Councillor Alan Ward, who represents Council on the Parkes Chamber of Commerce, said: “Parkes is fast becoming a shopping destination for the western regions and with the development of Inland Rail will become a large distribution centre.”

“This decision will not only tragically affect the people employed at Target but will have a massive impact on the whole retail community. Reducing the retail opportunity in both Parkes and Forbes increases the likelihood of shoppers travelling out of town to larger centres – certainly a negative for the region.”

It is understood the store would be closed before the end of the year. The announcement came as a big shock to Target employees in Parkes, who had no idea the closure was in the pipeline.