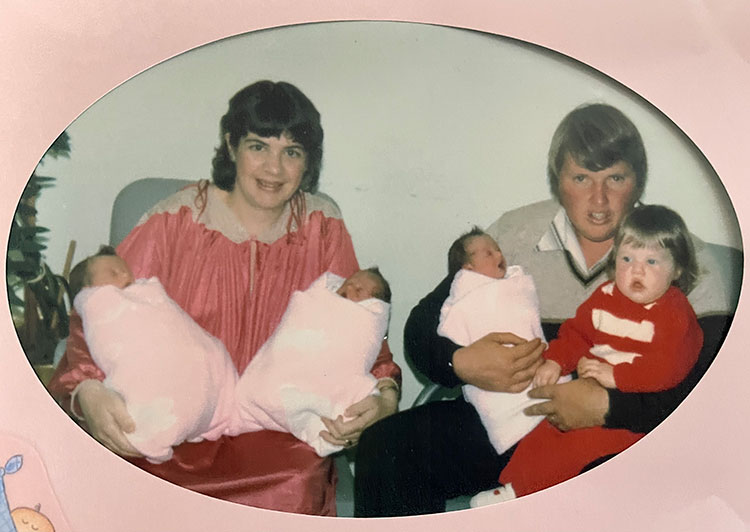 The triplets at birth. Mum Maree is holding Megan and Julie and Dad Tony is holding Laura and 16-month-old Mandy.

They became the first triplets to be born in Parkes, and to make it even more special they were identical, which is very rare for triplets.

“It was very scary as there were not enough medical staff at the time,” said Maree. “If we knew I was expecting triplets I would’ve gone to Sydney for the birth. That is why they are the only triplets ever to have been born in Parkes!”

This week on Monday the triplets celebrated their 40th birthday – separately – as COVID sadly has no respect for special celebrations. “They had big plans for their combined 120th celebrations and had organised a couple of trips, but had to cancel it all,” said Maree. “But they are already planning their 123rd celebration for next year!”

That is just how they’ve lived their lives – always adventurous. Maree said they had to keep the hospital bracelets on them until they could make their own just to be able to tell them apart. 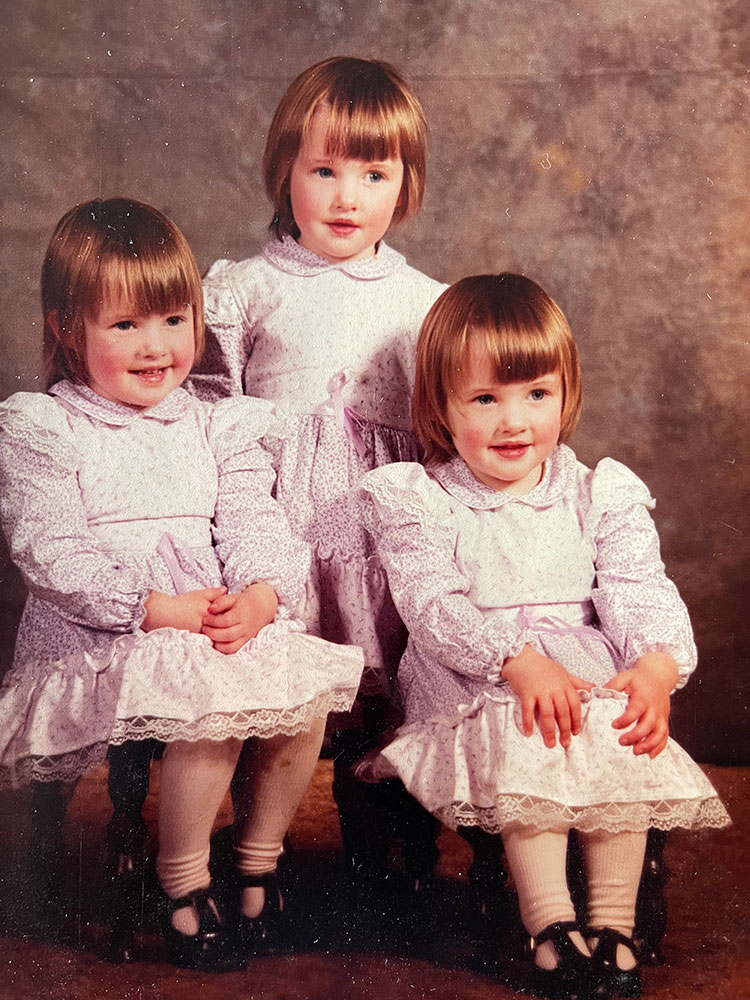 At three years: Laura is standing, Julie is on the left and Megan right.

“It took a lot to get my head around caring for three babies all of a sudden. I was always going to breastfeed the twins. I tried the three for one day and then went straight to bottle feeding.”

As the triplets had caused quite a stir in Parkes, Maree soon learned to leave them with family when she wanted to go to town for shopping. “It became and all day event with so many people wanting to see them.” She also discovered it was easier going to Forbes as people did not know her there.

Once she and husband Tony settled into their new life, they still had to contend with many new challenges. One memory that stands out very clearly is the 60 cloth nappies on the line every day!

Maree did get some help through home care who sent teenage girls to help out Monday to Friday on the farm at Gunning-bland, as she had four kids at the time.

Mandy, their older sister was only 16 months old when the triplets were born, and after them came Nicole and then Adam. “It was always hectic at our house with only seven years difference between the oldest and the youngest!”

At least the triplets were best friends 99% of the time. “They got on extremely well, and they are still very close.” Laura and Julie now live in Newcastle, while Megan is in Canberra.

“It was really hard work at the time, but when you look back you think it was not bad after all, we survived! We were extremely lucky that they were very healthy and we never had any medical problems, and they were strong academically too. They have always been very independent and strong-willed girls.” 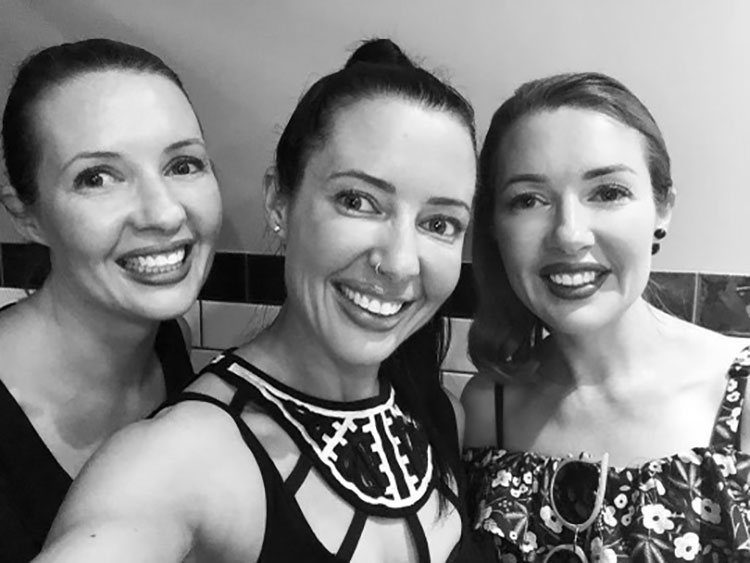 All grown up: Julie, Megan and Laura.