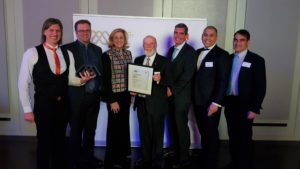 Parkes Shire Council has been recognised for raising the benchmark of Australian engineering standards by winning the most highly regarded engineering honours in the country.

“Council works incredibly hard to deliver progress and value to the community, and we are incredibly proud to have been recognised with this prestigious accolade,” said Parkes Shire Mayor, Councillor Ken Keith OAM.

The Parkes program competed with some of the state’s most prominent engineering projects, including the City of Sydney’s Green Square Library and Plaza development, and the $154 million Wynyard Walk. The Parkes program will be a finalist in the National Australian Engineering Excellence Awards in September.