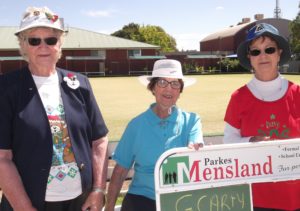 Lyndall Bowen, Laurie Keane, Margaret Hawken defeated Merilyn Rodgers, Marja Iffland. The Charity Day with Railway Diggers is next week. Play will start at 9am and two games will be played.