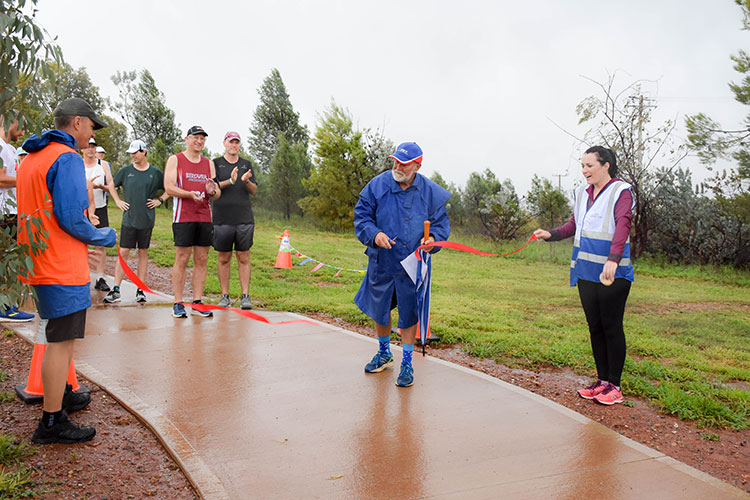 It took two years of planning and organising and on Saturday even the weather made a special effort to make the launch of parkrun in Parkes a memorable one.

Parkes participants were joined by runners from all over the Central West, the Blue Mountains and even Canberra in torrential rain to run the 5km course starting at North-parkes Oval.

Parkes Shire Mayor Ken Keith turned up with his raincoat and umbrella to cut the ribbon to set off the 41 participants. The Mayor welcomed the worldwide phenomena to Parkes, saying he had seen it by chance on a recent visit to Newcastle. “It was just wonderful to see the whole community taking part. After all the serious runners had left, the parents with their children, some still in strollers, joined in.” He said he hoped the Parkes community would embrace the local event, and thanked the volunteers who had put in all the effort to bring it to our town. After his official duties he showed his support by walking the course. 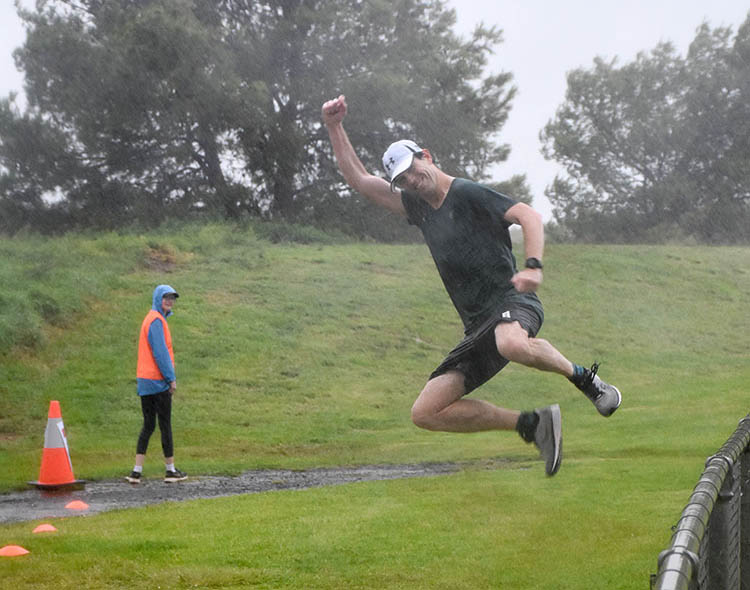 A very happy runner at the finish line of the 5km parkrun course.

Dan Greef, one of the volunteers who was instrumental in organising the event for Parkes, thanked the Parkes Shire Council for a grant through the Sports Council and Northparkes Mines to get the starting kit for parkrun. He said the Council staff who offered great assistance in setting up the 5km course was greatly appreciated.

The heavy rain on Saturday not only proved challenging for the runners who had to traverse puddles, mud, wet grass and other obstacles, but the volunteer time keepers experienced difficulties with the wet screens on their mobile phones. All participants who have registered with parkrun receive an email after the event with their time and other statistics of the run. The volunteers had to try and fit the times to runners like a jigsaw puzzle after Saturday’s event.

The free, weekly, community event with no time limit for all ages and levels of fitness for running, jogging and walking is organised by volunteers. Participants on Saturday were full of praise for the Parkes volunteers’ friendliness and encouragement in the rain. 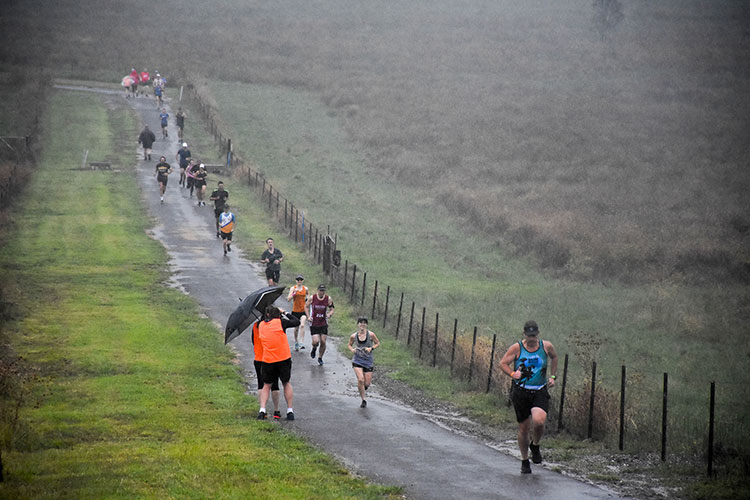 The runners and walkers spread out over the 5km course, which follows a double loop behind the sports ovals. It is a challenging course with some steep hills and a variety of surfaces.

Parkrun has over 1,400 events in 22 countries, with Australia boasting over 400 events. Parkes was one of four new events to launch in NSW on Saturday.

Parkrun is a good event to attract tourists as dedicated parkrunners will travel far and wide to increase their tally of events as was evident on Saturday with so many runners travelling to Parkes despite the inclement weather.

A runner from Canberra was wearing his special 250 parkrun shirt, indicating he had already done that amount of events. Two other runners from the Blue Mountains said they had competed at all the events in NSW and made sure thet were at the first one in Parkes. 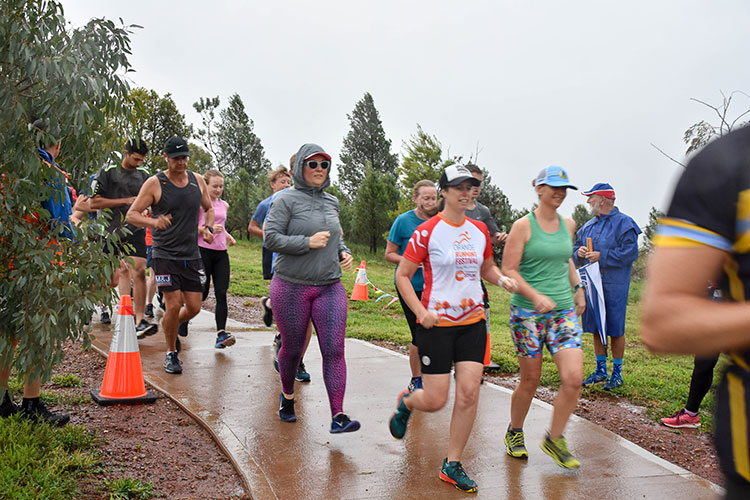 Some of the 41 participants at the starting line of the first official parkrun in Parkes.

Parkrun (5km) every Saturday morning at the Northparkes Oval 7:50 am for 8am start. Register for free to get a barcode and print it out to bring for every run. Go to www.parkrun.com.au. Be there at 7:50am for a start at 8am. Open to all walkers, joggers and runners.