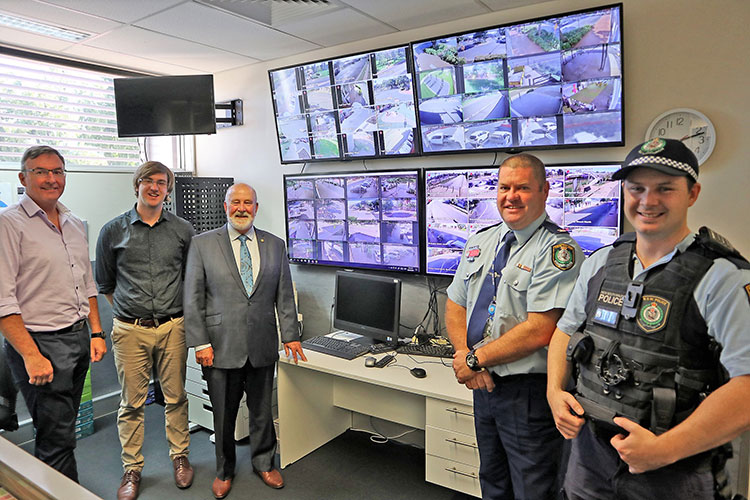 There will be a lot more electronic eyes keeping watch in the Parkes CBD following the addition of 24 new security cameras.

Parkes Shire Council partnered with Central West Police District to roll out the final phase of upgrades to the Parkes CBD security network, including artificial intelligence software, as well as a new video workstation based at Parkes Police Station. The final phase was funded by the Australian Government’s Safer Communities Fund.

“The new system will act as a deterrent for crime and anti-social behaviour, assist police monitor and reduce these crimes, mitigate the threat posed by hostile vehicles and improve the perception of safety in the community,” said Parkes Shire Mayor Councillor Ken Keith OAM.

There is now a total of 91 CCTV cameras in the Parkes CBD, from the Star Hotel to the railway bridge. The CCTV system utilises over 20 wireless links to provide connectivity between sites, with all cameras able to be accessed and viewed live from Parkes Police Station.

“Parkes Police use the CCTV system as part of a suite of investigative options. Being able to view and review incidents in real time means that Police can utilise the full functionality of the system and act quickly,” said Chief Inspector David Cooper of the Central West police District.