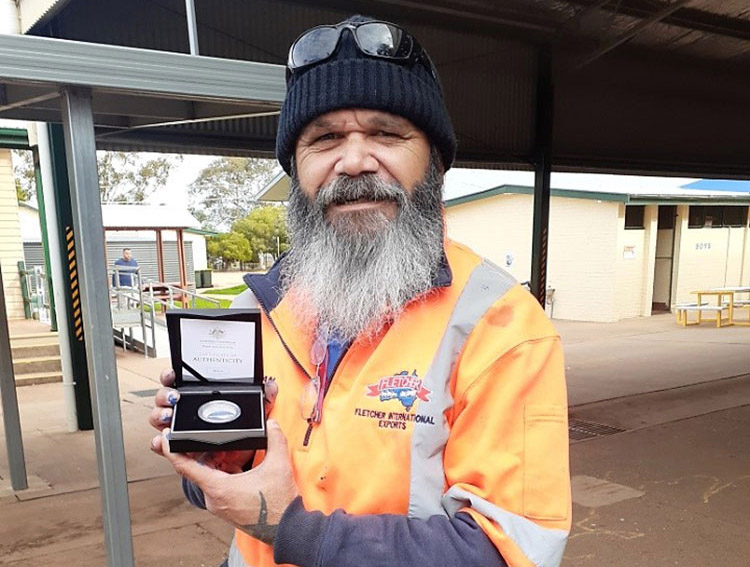 When Peak Hill artist Scott “Sauce” Towney first started working on a project to draw constellations of Wiradjuri stories in the night sky about five years ago he never imagined one of the works would feature on a $1 coin one day.

Reality sunk in this week when he received the stunning silver coin depicting the majesty and wonder of the Emu in the Sky constellation packaged in a beautiful box. The uncirculated coin is part of the Star Dreaming series of three coins of the Australian Mint.

“It is fantastic and surreal at the same time,” said Sauce. “I’ve been an artist all my life, and this one is up there. I guess this is my 15 minutes of fame. Everyone in my small community is congratulating me.”

The Peak Hill Central School posted on Facebook: “We are incredibly proud of our former student.”

Going back five years, Sauce was approached by an astronomer in Orange, Trevor Leman, who was working on a research project on Wiradjuri constellations as the indigenous Australians were the first astronomers and have been using the stars as navigation maps, calendars and to tell stories for tens of thousands of years.

He asked Sauce to illustrate the 13 he had picked out, which included the Emu in the Sky, a constellation seen as a silhouette traced by the dark spaces in the Milky Way.

Sauce said when the completed works were on exhibition at the Parkes Library, Trevor mentioned in his speech at the opening that the Australian Mint was interested in using the Emu on a coin. “That came as a big surprise as it was the first I had heard of it.” 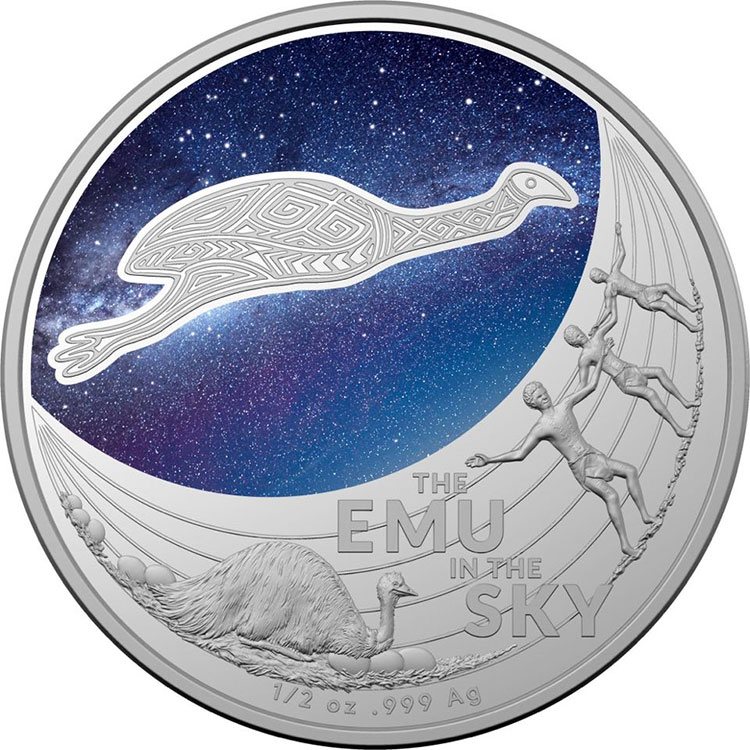 It took another two years before Sauce could hold the actual coin in his hand, but in the meantime the Emu has become a bit of a celebrity capturing everyone’s imagination.

In September 2017 six of Sauce’s works were unveiled at the Community Wall in Peak Hill forming part of the public art trail in the Parkes Shire. The panels included his beautiful drawings of The Mighty Yarran Tree, The Eagle’s Nest, Cockatoos, The Seven Sisters, The Great Creator, and of course The Celestial Emu. Sauce was also asked to do a rock carving of the emu for the new Parkes Hospital.

Sauce has been a finalist in the NSW Premier’s Indigenous Art Awards and has completed many commissions. He specialises in drawing and pyrography and experiments with a variety of materials for his contemporary style of indigenous art. He is currently back at his former school in Peak Hill to paint murals using contemporary Wiradjuri patterns.

“I use the patterns on tree carvings as my inspiration, but do not copy them. I use them in a contemporary way as a means of preserving our patterns.” He also aims to put an element of fun in his designs for the school.

If you would like to own one of these very special $1 collector’s coin depicting Sauce’s rendition of the Emu in the Sky, go to the Australian Mint’s website to purchase it online.