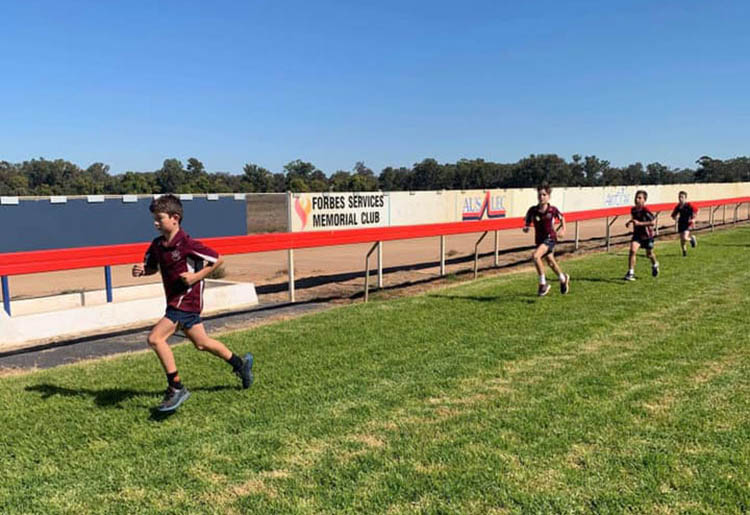 Participants from Parkes East Public School competing at the Forbes Racecourse on Monday at the Lachlan PSSA Cross Country trials.

The Lachlan PSSA Cross Country trials were held at the Forbes Racecourse on Monday with a strong turn-out of students from across the region, including Parkes primary schools.

Winners on the day were guaranteed a spot in the Western Trials on Wednesday, 9th June at Geurie with the top six making it through. Parkes East Primary School had seven athletes qualify for the Western Trials. From there the winners proceed to the State PSSA titles on 16th July to battle it out against the top junior distance runners in the state.

Forbes turned on beautiful weather and the action track side was just as spectacular with some tight and intriguing racing throughout the day to keep the large crowd entertained in one of the first PSSA events since COVID.

Participants arrived at 10:30am for a walk through before the main action began at 11:15am with the under 12/13 years boys over 3km, followed by the under 8/9 years girls 2km run.

The trials finished with the under 10 girls at 12:30pm before official presentations and formalities.