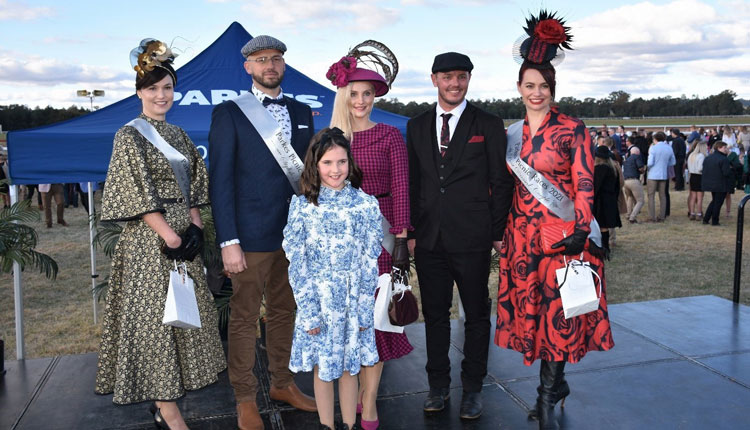 Around 2,000 patrons attended the Parkes Picnic Races last Saturday, which turned out to be a fabulous day after a week of freezing cold and wet conditions.

Parkes Picnic Races committee chairman Tim Keith said the races were an outstanding success, and the new fencing completed the picturesque race grounds along with the restored pavilion.

The event not only brings the community together, with family and friends returning home to visit and socialise over the long weekend, but the popular Fashions on the Field attracted entrants from all over. Judges Elizabeth Pakchung and Dixie Coulton picked the following winners: Stylish Man – Ben Dietrich from Dubbo; Millinery – Josie Anderson from Dubbo; Best Dressed Couple – Linden and Keryn Green from Dub-bo; Elegant Lady – Rachael Sladden from Parkes and Best Dressed Child – Ruby.

The Best Private Tent was won by Terry Brothers, and Best Corporate Tent by the Railway Hotel.

The Que ladies provided a great service to race patrons and were kept busy catering to the hungry crowd.

“What a great day of rural racing,” said Stafford Orange of the organising committee.

“Thank you to everyone who contributed or participated. We look forward to a bigger and better event in 2022.”

He called on new members to join the committee to start planning for next year.