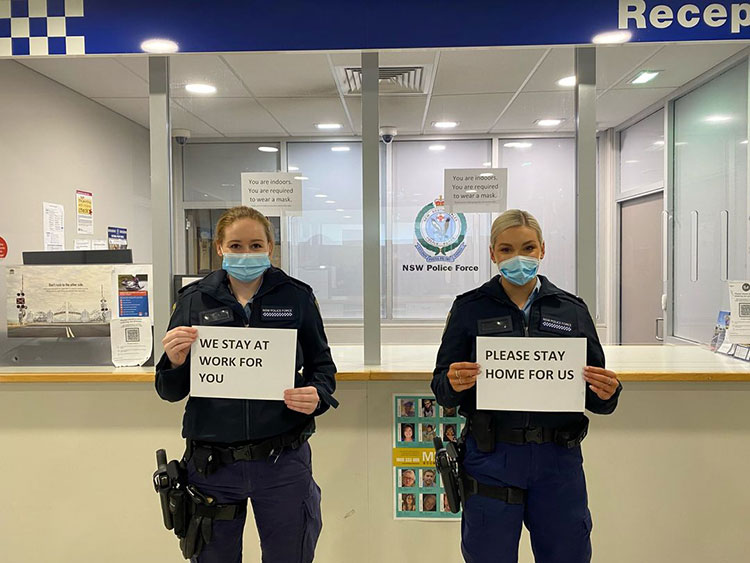 LET’S WORK TOGETHER… The Police is playing a major role in ensuring the safety of our community as the COVID pandemic is spreading across our region. (Photo: Central West Police District)

As the Parkes community is heading towards the end of its third week of lock-down and a total of ten COVID cases as at Wednesday, the majority of people have so far listened to and followed the public health orders.

Parkes Police Chief Inspector Scott Rayner said while the community had been vigilant to stay abreast of public health orders, an issue of concern for local Police was the amount of people moving around the area outside of the current rules. “An aggravating feature is that some people disregard the stay-at-home orders and are moving around and not wearing a face mask as required.”

He said over the past few days, Police had to make two arrests for repeat breaches of Public Health orders and issued numerous infringement notices for non-compliance. “The fines are quite substantial and should act as a deterrent,” the Chief Inspector said.

While additional officers are working in the central and far western areas of the State and other officers have been re-deployed from the usual duties for Operation Stay at Home, the Police are also working with local health, council, emergency services and welfare agencies to prevent mass infection occurring in our area.

The Chief Inspector said the Police were working on the highways to identify persons travelling between local government areas in contravention of restrictions, while there was an increased visible presence in the town/villages of our area.

“Our message to the community is to please do the right thing. Follow the health advice and restrictions. Please seriously consider vaccination and get tested if you have the mildest of symptoms.”