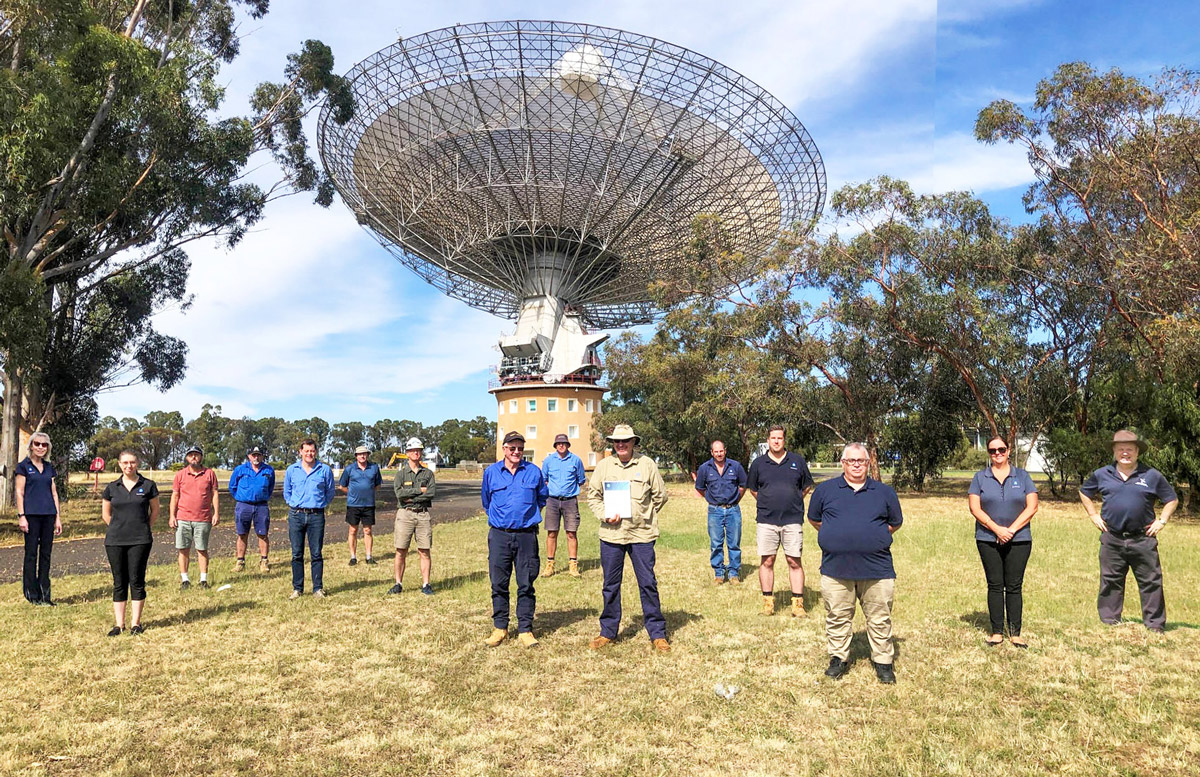 Tom Lees can clearly remember watching the moon landing on TV when he was seven, but never thought he would end up working at The Dish for 30 years! The CSIRO staff gave him a beautiful farewell last Thursday.

Farming was going to be his life, but at age 41 he applied for his very first job and for the next 30 years Tom Lees immersed himself in the world of astronomy.

Starting as a handy person at the CSIRO’s Parkes Radio Telescope, and moving on to being safety officer and many other roles, he got to know every aspect of life at the telescope from meeting world-famous astronomers, liaising with farmers and assisting trades people to even starring in the movie, The Dish.

For the boy who grew up on a farm at Bogan Gate, it was a complete culture change that will stay with him the rest of his life. “There are still lots of stuff I don’t quite understand, but it’s mind boggling to suddenly be able to comprehend what’s beyond what you see in the sky.” For Tom it was always fascinating to be around astronomers. “I will keep my interest going, and I can talk to the grandkids a little about what is up there in the sky.”

Tom is in awe about what is being done at the telescope. “People study things many light years away and the abilities they developed in my 30 years here is just astounding.”

A real eye opener for him was when a breakdown of the telescope happened. “We had it fixed up and when I took back one of the senior people to fly back to Sydney, I remarked that it was good to get it going so quickly, but it would not have mattered much if it wasn’t fixed for a few days. “The person said the astronomer working with the telescope at the time was studying an event that was not going to happen for another 4,000 years!”

While his head might have been up in the sky, Tom always kept his feet firmly on the ground travelling to work from his Bogan Gate farm every day. That is where he is retiring to ‘muck around with his horses’ as a member of the light horse Trundle Troupe.