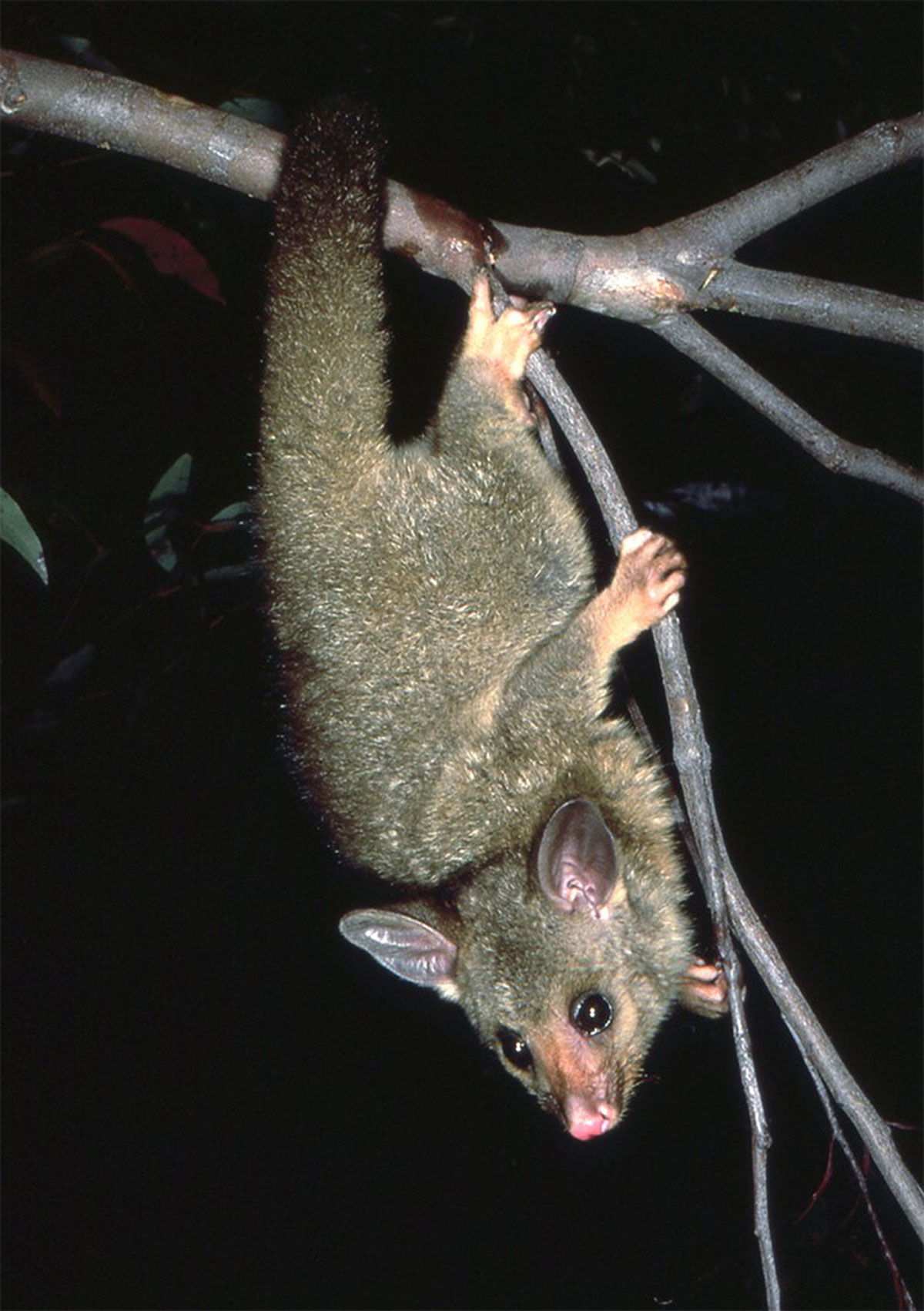 It’s spring, and mating time. We will often hear the thunder and squeal of a possum fight on the shed. The loser would retreat swiftly – we would hear him gallop over the tin roof. A loud screech, descending into a low growl, would signal a victory.

We got used to hearing these tournaments, so we didn’t worry when we heard running feet on our roof. I thought “that’s not a rat” and went back to the movie we were watching on TV.

The air-conditioning vent opened and revealed two pop eyes, and a quivering ball of fur. A young possum hung there, wondering, like us, what the devil had happened.

Rex jumped up, grabbing a protective cushion, and batted him down to the floor. “Don’t try to catch him! He’ll try to claw you,” I yelled. Even an experienced handler uses big leather gloves because of those claws.

The possum began a mad dash around the lounge room, keeping to the wall. Be-hind chairs, fire screen, under the lounge and then he headed for the china cabinet.

The mirror-back must have made him think “Ah, another possum!”. He tore to-ward it and wham! Came up with a bang (thank heavens for toughened glass!). Nowhere to go now but through the double doors and into the dining room. Another mad dash around the room. Two window walls made reflections, which stopped him again. A wedding, a graduation and two lots of parents fell to the floor as he ran along the sill (thank heavens they were only photos!).

Back into the kitchen. Up on the sink. No escape through this window, so he jumped on to the bench, knocking over a ceramic utensil holder, which smashed to the floor in a shower of spoons, ladles, whisks and more. (I had been trying to get rid of that holder for ages – at least that was something good!)

I was frantically drumming my hands on the servery bench to keep him away from me. I may not be a tree, but he could shim-my up me and tiger-stripe my face in seconds with those claws.

Back out to the dining room. Like a rat up a drain pipe. He tried to climb a corner but stopped halfway. Rex picked up a shoe and threw a perfect direct hit. No Ashes cricketer could have done better. Stunned, the possum shook his ears, spotted the open front door, and shot out into the darkness.

I looked up and saw my precious Japanese lady gazing serenely at me, as if to say “It’s OK”. She has stood on the side-board for over 40 years. I gave a sigh of relief as I realised she had not been broken.
Our cat sat outside, watching through the glass with yellow-green eyes. Perfectly still, I swear he was smiling.

(Readers are welcome to send creative writing of 500 words or less for publication in The Write Stuff column to editor@parkesphoenix.com.au)