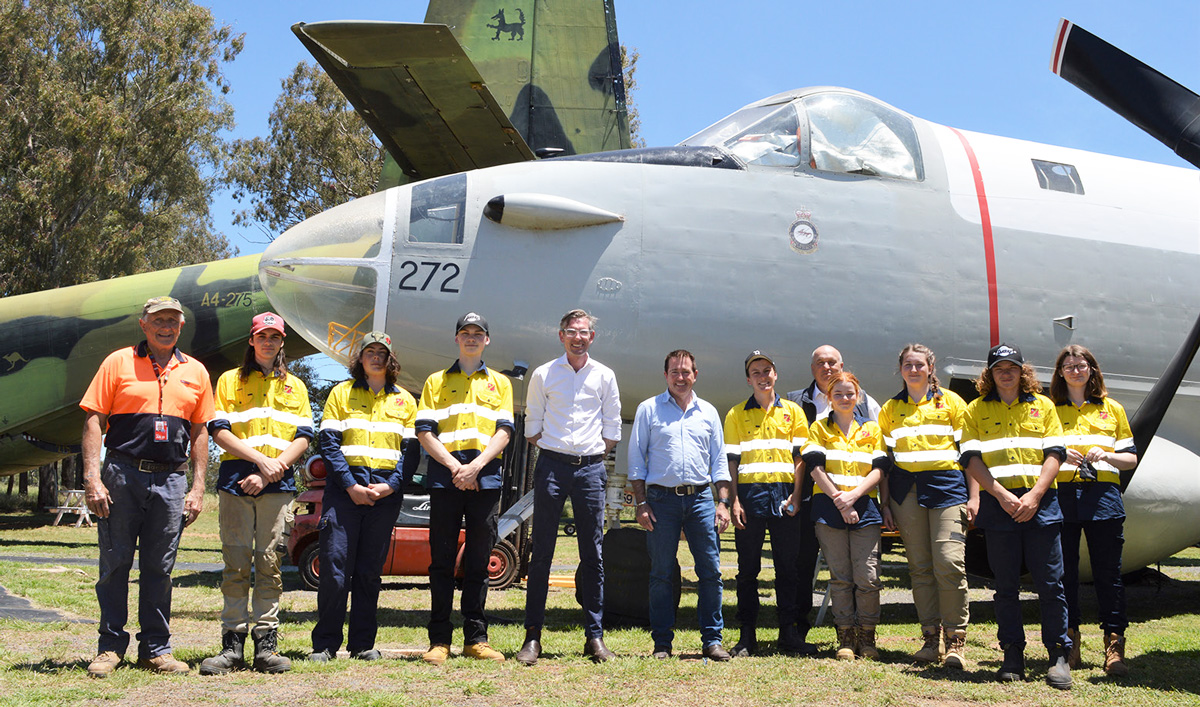 Nine Parkes High School students had no idea they were going to meet the NSW Premier last Thursday.

They were busy working at the Historical Aircraft Restoration Society (HARS) at the Parkes Airport for their weekly Aviation Restoration session when the eminent visitor showed up.

Premier Dominic Perrottet, Deputy Premier Paul Toole and Emergency Services Minister David Elliott flew from Sydney to the Parkes Airport and then went by helicopter to look at the flooding in Forbes.

On their way back Mike De La Hunty from HARS saw them at the Parkes Airport and invited the politicians over to have a quick look at the work the students do at the Aircraft Museum.

The Premier asked the students lots of questions about the Skills Training and Employment Program and the restoration work on historic aircraft that they do with the HARS volunteers as their mentors. He also wanted to know from the students what they planned to do after finishing school.

The visitors had a quick tour given by Mike of some of the aircraft on display before flying back for question time in Parliament.