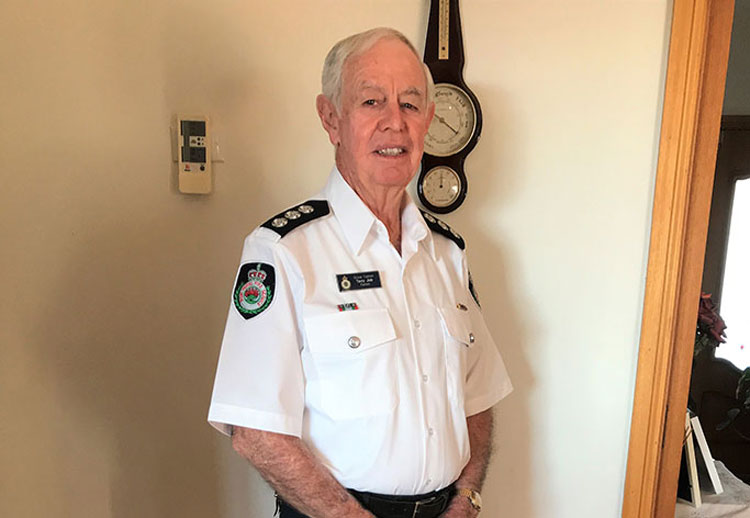 The Group Captain of the Mid Lachlan Valley Rural Fire Service for 18 years was recognised for his many years of dedicated service with an Australian Fire Service Medal.

“It is a great feeling and very nice to be recognised for my work over the years,” said Terry Job, who was awarded the medal for his 54 years of service in this year’s Queen’s Birthday Honours List.

Terry decided to retire as captain when he returned from the Kempsey fires in November last year. He is still active as an ordinary fire fighter, and said he would keep going for as long as he was fit and able. “There is still a tanker stationed at my farm.”

Terry joined the Deep Lead Copper Ridge bush fire brigade in 1966, which later became the Rural Fire Service. During his long career he held the positions of deputy captain, captain and group captain.

In his role as group captain he was heavily involved in several major incidents in the local area. He also travelled across NSW leading strike teams to places in the Blue Mountains, Nowra, Tamworth, Canberra and to Victoria.

He remembers the Nowra and Victoria fires in earlier years as particularly dangerous for fire crews. “We are getting better and better at what we do.”

Terry was also instrumental in starting the NSWRFS cadet program at Parkes High School in 2015. The successful program sees a high percentage of students progress to become full time members of the RFS.

The Australian Fire Service Medal (AFSM) is awarded for distinguished service by a member of an Australian fire service.