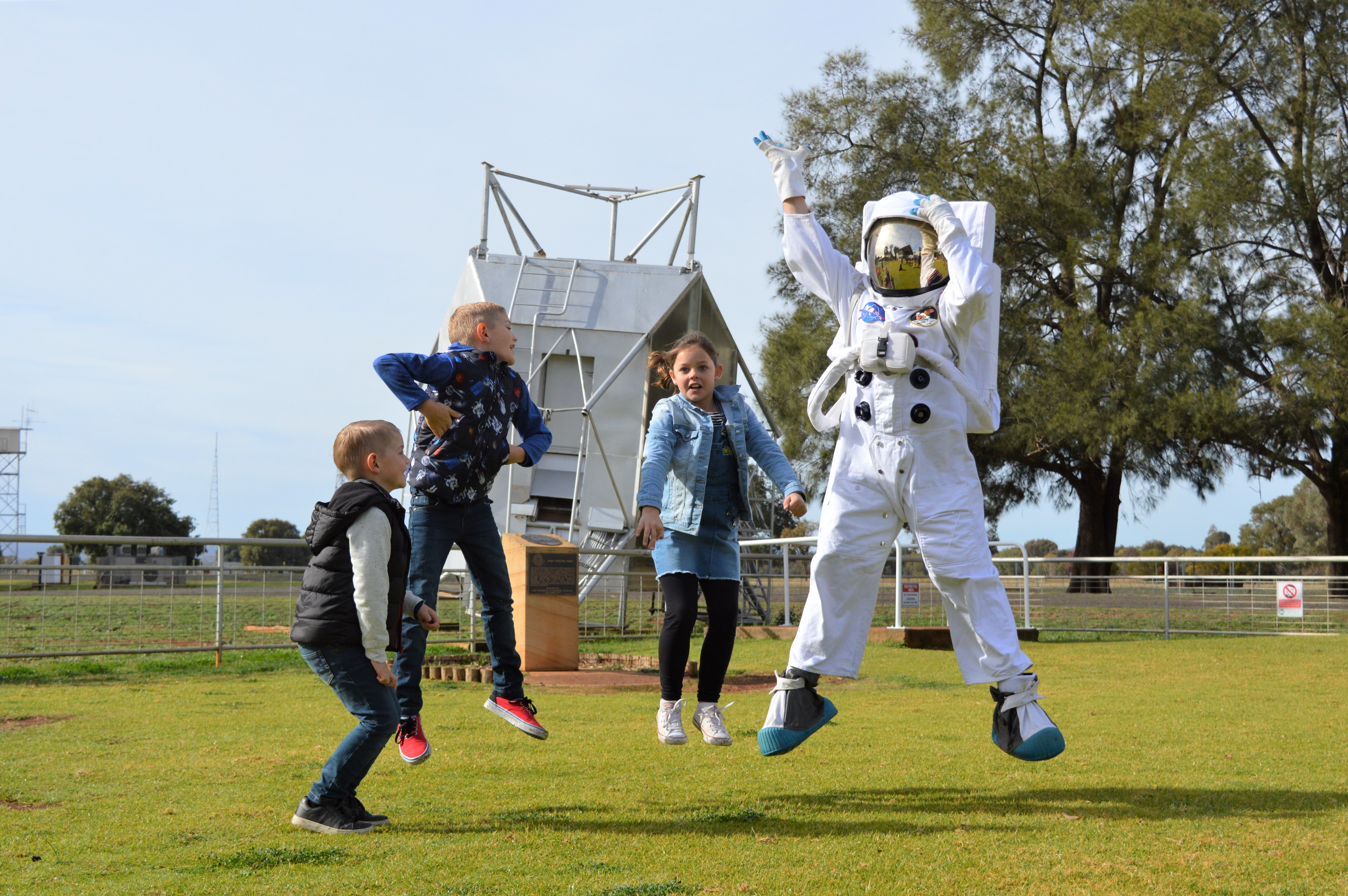 In July 1969, the CSIRO Parkes Radio Telescope played an important role in history, when it received and broadcast the television pictures of the first moon landing.

‘The Dish’, as it has affectionately come to be known, was one of three tracking stations receiving signals of the moon landing, which were being relayed to Mission Control in Houston, Texas. The quality of the pictures being received by The Dish were of such superior quality that NASA  used the Parkes signals for the majority of the 2.5 hour broadcast. The images of Neil Armstrong and Buzz Aldrin on the moon were viewed by six hundred million people, one fifth of humanity at the time – thanks in large part to Parkes!

On 20 and 21 July 2019, to celebrate the 50th anniversary of the Apollo 11 Moon Landing, CSIRO will open the doors to the Parkes Radio Telescope – a rare opportunity for visitors to see inside.

The Cedar Café will be showcasing an art exhibition titled ‘To the Moon and Back’, featuring artwork by local youth. There’s also plenty to see in Parkes after dark, with stellar Apollo 11 light installations, projections, and multimedia artwork lighting up our dark skies at various locations throughout the weekend, including a special Dish installation in Cooke Park straight from Vivid Sydney 2019!

To help plan your activities for the weekend, download the Parkes Destination Guide from www.visitparkes.com.au or pick up a copy form the Parkes Visitor Information Centre.