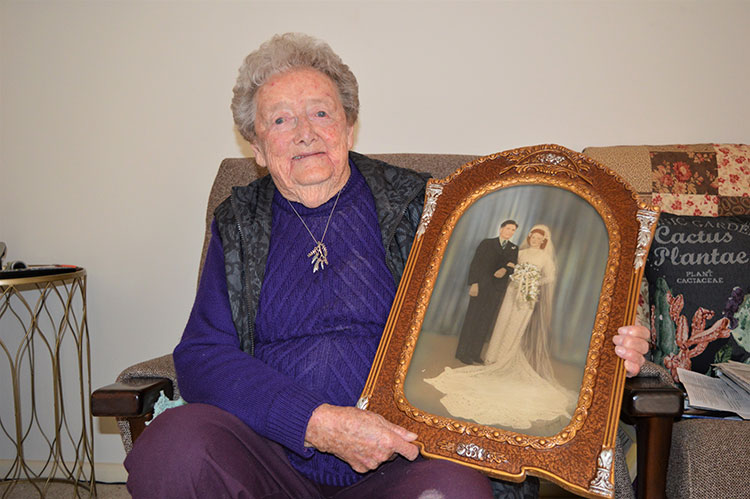 Lockdown has lasted for most of the year so far for Southern Cross Village resident Rene Britt, but isolation is not a new experience for her.

At 94 she still clearly remembers how isolated they were during World War II on the family farm outside Bogan Gate. “It was a stay at home time as the only way to get around was with a push bike or on horseback.”

She said although her dad had a truck, they only used it when absolutely necessary as there were petrol rations. “We used to pool our petrol tickets with the neighbours and we’d all jump on the truck to go and play tennis at the different clubs on weekends.”

It was through the wireless that they had learned about the end of the war on 15th August 1945. “We were on a party line and I telephoned our neighbours to let them know the good news. Everyone was so excited, but we did not really celebrate with anyone as it was still hard to go anywhere.”

Rene was 19 at the time and had finished high school the previous year. “I went back to the farm to look after my father and younger brother as my mother had passed away when I was 13.”

She married the following year at 20. “As we even had ration tickets for linen, towels and clothing, my aunties gave me the tickets they did not use and that was the only way I was able to put my glory box together.”