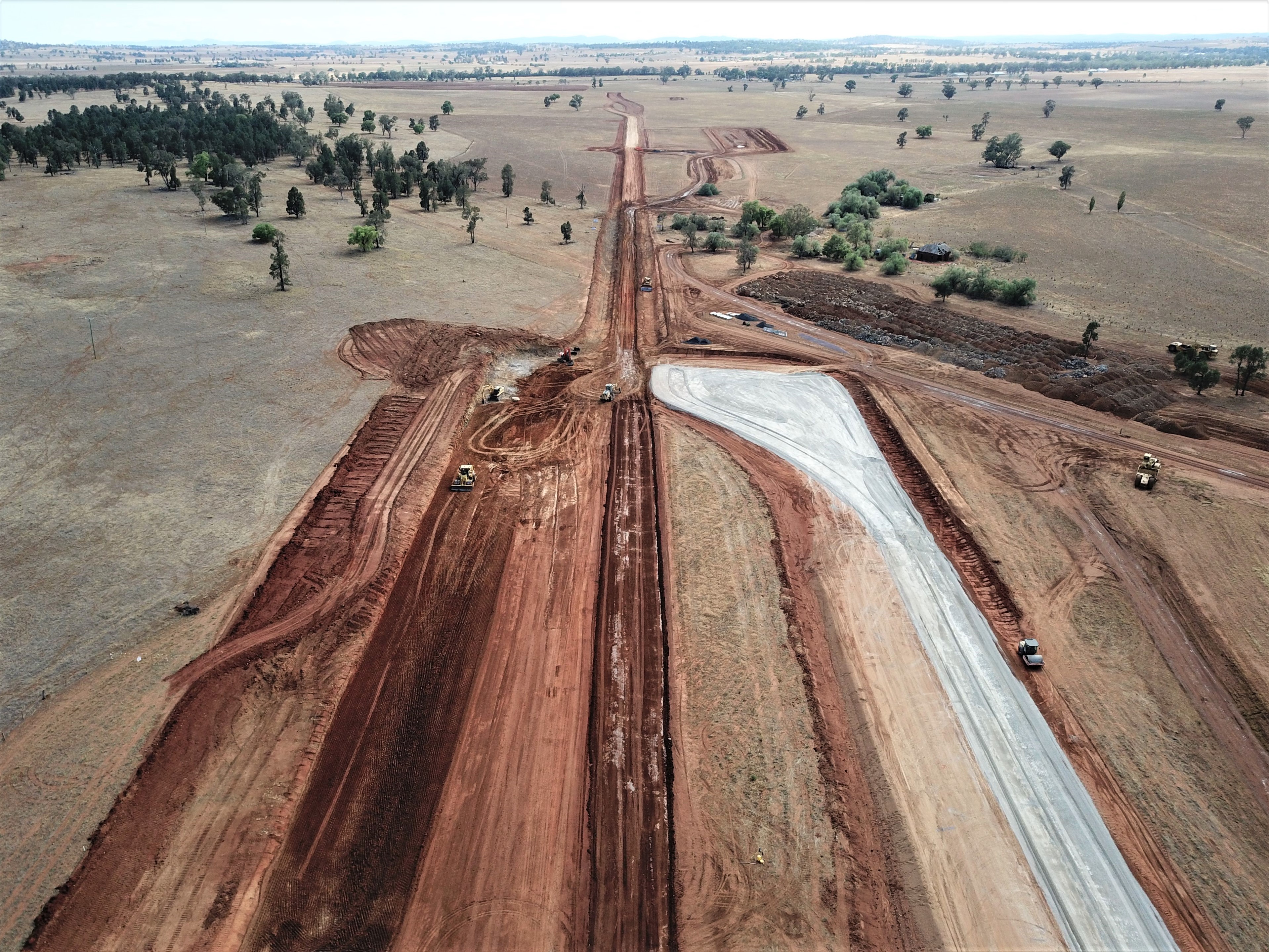 The $10 billion Melbourne to Brisbane Inland Rail project is gaining momentum at Parkes where Pacific National’s logistics terminal is expected to be in operation later this year.

“Once fully operational, Pacific National’s Parkes Logistics Terminal will consolidate more than 450,000 cargo containers each year; many to be hauled on the Inland Rail between the ports of Melbourne and Brisbane,” said Pacific National CEO Dean Dalla Valle.

“In the future, Parkes will be akin to the major freight and logistics hub of Memphis in the interior of the United States.” Dean said 1,800 metre freight trains double-stacked with cargo containers were expected to be hauling from the Parkes Logistics Terminal to Perth later this year.

“Australians want real trains, not road trains hauling big volumes of freight,” he said. As the infrastructure manager for both Inland Rail and the Transcontinental Railway, ARTC has engaged Martinus Rail to construct the connections (called turnouts).

Weather permitting, the turnouts to the Parkes Logistics Terminal will be completed by the end of August this year.

The Transcontinental Railway runs to Port Augusta in South Australia, where it joins the Trans-Australian Railway stretching across the vast Nullarbor Plain to Kalgoorlie in Western Australia.

“Australia’s rail freight industry will only grow and prosper if below-rail managers like ARTC and above-rail operators like Pacific National work together to help shift more container and bulk volumes from road to rail,” said Dean.

Hauling containers and bulk commodities like grain and steel by rail over long distances is safe, green and efficient – rail freight is on the right side of every debate.

“A single 1,800-metre freight train hauling containers is equivalent to removing 70 B-double trucks or 50 B-triple trucks from our roads,” said Dean.
Parkes Logistics Terminal:
• $35 million to develop the Parkes Logistics Terminal.
• Terminal construction is generating about 40 jobs; the future logistics terminal will have a workforce of 100 people.
• Parkes Logistics Terminal will act as a future facility to consolidate hundreds of thousands of cargo containers, including boxes filled with regional commodities destined for overseas markets, to be hauled by rail across the length and breadth of Australia.
• Construction commenced in October 2018. Freight trains 1,800-metres in length are expected to be hauling from the terminal to Perth later this year.