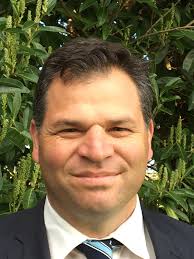 Philip Donato of the Shooters, Fishers and Farmers party is the new Member for Orange. He was declared the winner nine days after the Orange by-election and a recount of votes. He took the seat by just 50 votes from his Nationals counterpart Scott Barrett. It is the first time in the party’s 21-year history to have a Member of Parliament in the Lower House. “I am humbled by the result and to be the seventh Shooters, Fishers and Farmers Party representative elected nation wide,” Philip said.

He promised to be a representative for all people in the Orange electorate. “I will work hard to gain everybody’s trust.” Scott said in a press statement he met with the winner to formally concede. “I thanked him for the upstanding and respectful way in which he conducted himself during this by-election campaign,” Scott said. With the win, Philip ended the Nationals’ 69-year stranglehold on the regional electorate. The Nationals held the seat by more than 20% before the by-election. The seat of Orange became vacant when former MP Andrew Gee resigned to run for federal parliament.