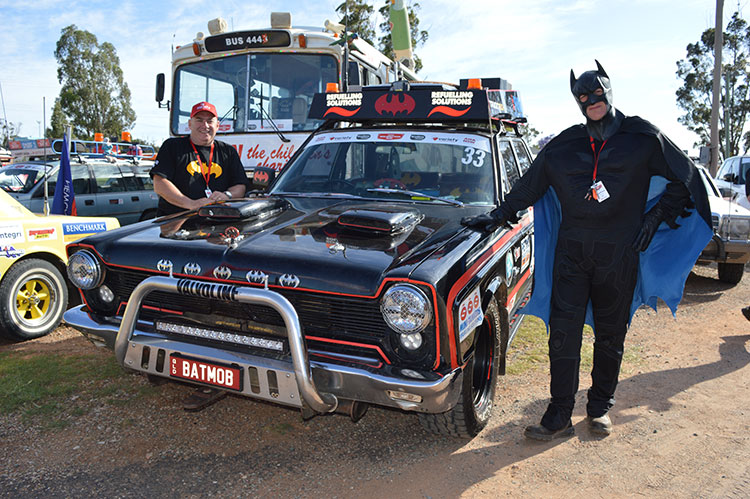 The Bat Mob of John Daniell as Batman and Simon Icely with their 1966 Dodge Phoenix upgraded with a V8 engine attract a lot of attention wherever they go.

A colourful fleet of 84 cars called into Parkes last week as part of the Variety Resurrection Run.

The first Variety event back since the start of the COVID pandemic brought about 230 people to Parkes for the night with up to $40,000 being spent on accommodation and food. 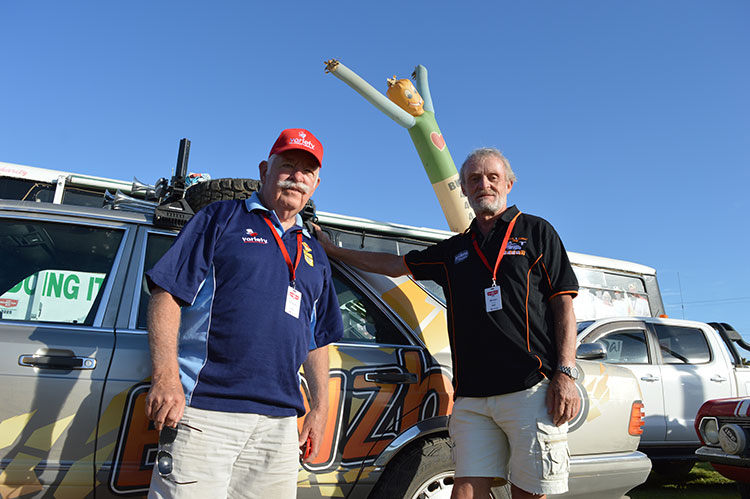 Charles Stuart from Batemans Bay and Brian Burden from Avoca Beach are the Benz Boys. They love taking part in the Variety Bash for cars of 30 years or older.

The children’s charity has seen its revenue drop by 80% this year, with a sharp increase of 400% in the demand for their services with a number of vulnerable families asking for help for the first time. Variety had to stop much of its fundraising activity in March, and had to cancel three motor- ing events projected to raise $2.9 million for kids in need. 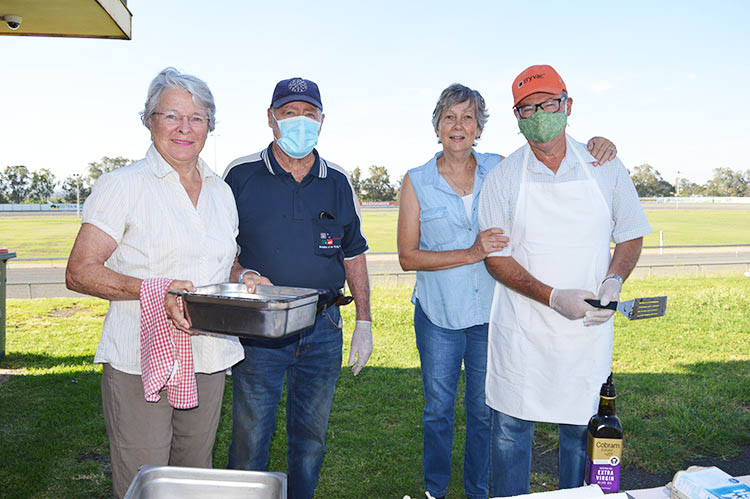 The Parkes Show Society team cooked breakfast for the Variety participants. They are (L-R) Jill and Richard Crisp, Liz Brown and Craig Armstrong. Liz thanked all the other helpers on the day: Jenny Kingham, Bridget Lee, Mick Beuzeville and Joanne Veronese, as well as the Parkes Action Club for the loan of the BBQs. 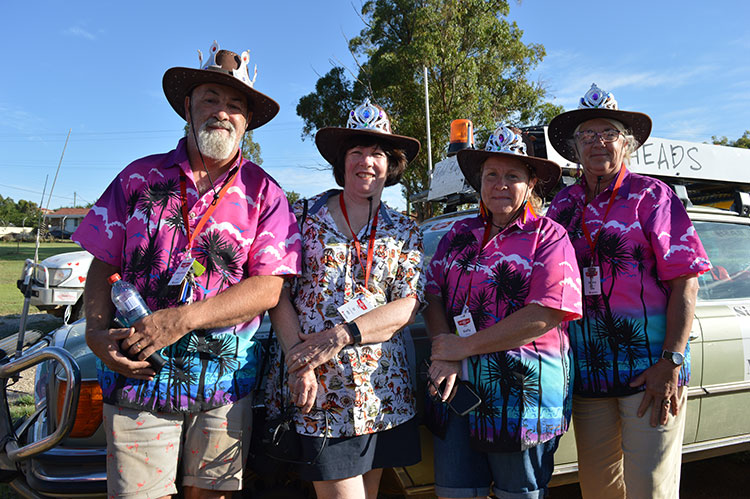 The Resurrection Run, which started earlier this month and went on the country back roads from Newcastle to Mudgee, allowed Variety fundraisers an opportunity to hit the road again.

The majority of the participants were long time Variety supporters. “It is good to be back,” said the Benz Boys of Charles Stuart and Brian Burden, who have done 30 and 21 events respectively. They love the camaraderie and going to places they would never have seen otherwise. 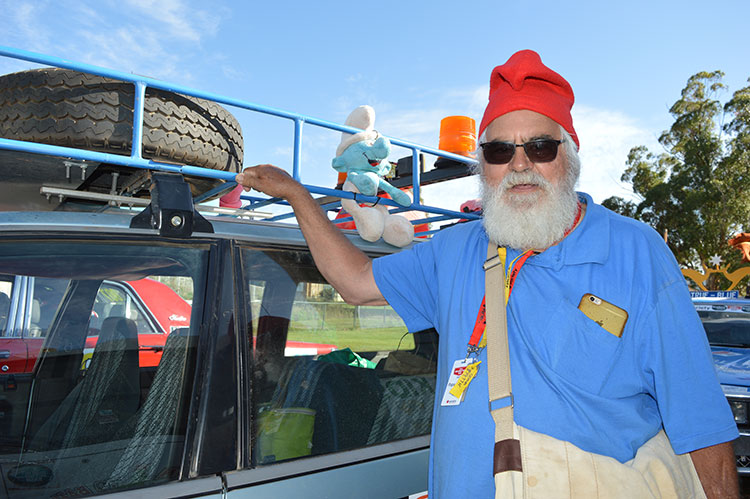 Papa Smurf (aka Dick Jones) from Newcastle has done about 15 Bash events, as well as Postie Dash. He thinks it’s a fun way to raise money for kids.

Money raised supports kids through grants for things like technology and educational supplies, special tools for schools in need or equipment for kids and families with special needs.

“We put the fun back into fundraising,” said Motoring Events Manager Stuart Telfer.

“It’s all about ordinary Australians doing extraordinary things for kids.”