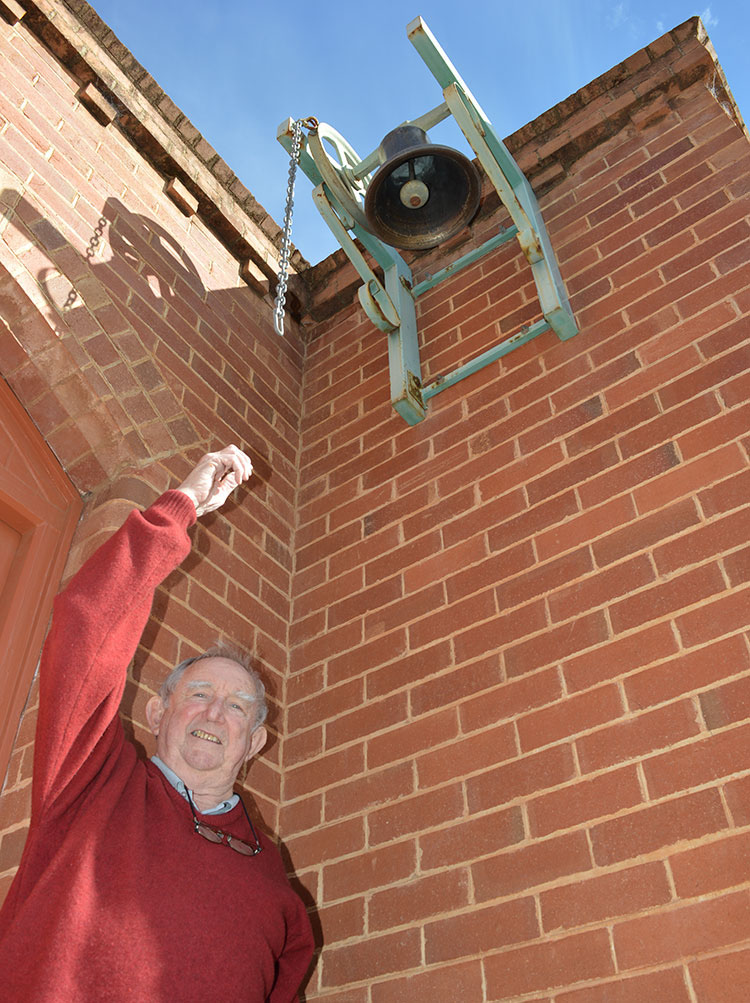 HISTORIC DAY… Cliff Cowal rang the Anglican church bell as an eight-year-old boy to mark the end of World War II in 1945. He will ring it again tomorrow at age 83 to mark the 75th anniversary of VP Day.

Seventy-five years ago a young boy rang the Anglican church bell in Parkes to signify the end of World War II.

Tomorrow Cliff Cowal will be ringing the very same bell at 11am to celebrate the 75th anniversary of Victory in the Pacific (VP) Day.

“I happened to be the right kid at the right time,” said Cliff of the honour that befell him on that historic day.

“When I got to school that day, they told us all to go home.” He walked to his dad’s barber shop near the Leagues Club and when he passed the church, Archdeacon Norman was ringing the bell.

“He saw me and asked if I wanted to ring the bell. There were bells going all around town, and horns blowing.”

He said it seemed like a long time, but he probably rang it for five minutes when an army truck came around the corner with a lot of kids on the back. “They were blowing the horn and yelling out. That got my attention, and I got on the back of it. We drove all over town celebrating.”

He got into trouble when he arrived back at his dad’s shop as they did not know where he was, but “I had a ball driving around and celebrating!”

He said at the time he did not realise just how important it was, although he was very aware that the war was on. He had not only heard the men talking about it in the barber shop, but played in the air raid tunnels on the school playground a lot.

“It was an amazing day, and I remember how excited mum and dad were.”