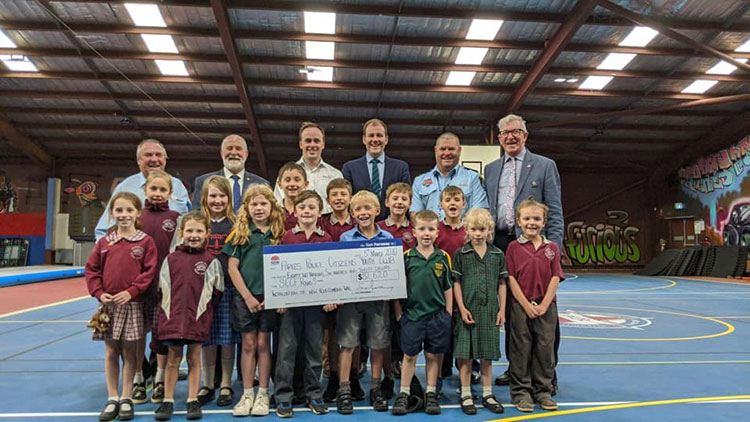 The range of recreational activities in Parkes received a major boost last week with the announcement of a rock climbing wall to be installed at the PCYC this year.

“We are very excited,” said Manager Tim Watts. “This will be a great new initiative to keep people active in our town.”

Sam Farraway MLC was in Parkes last week to bring the great news of $82,620 in funding secured from the NSW Government’s Stronger Country Communities Fund.

The funding will pay for the wall in full according to Tim. He said it was such good news for the club following a very strong response from community members in feed-back received on the possibility of getting a wall.

Tim could not give an exact date as to when it would be installed, but said it would be this year. “It will be installed at the back of the court in the main hall, and will cater for all ages from kindergarten to adults. There will be different climbs to cater for a mix of abilities.”

Tim said they were looking at starting term-based classes to teach climbing, and also have open sessions for people of all ages to promote healthy and active life- styles and support anyone serious about rock climbing.

“Rock climbing has been introduced into the 2020 Olympics making this an exciting new addition to the great program PCYC offers to local kids and their families,” said Sam Farraway. “It may even inspire some future Olympians.”