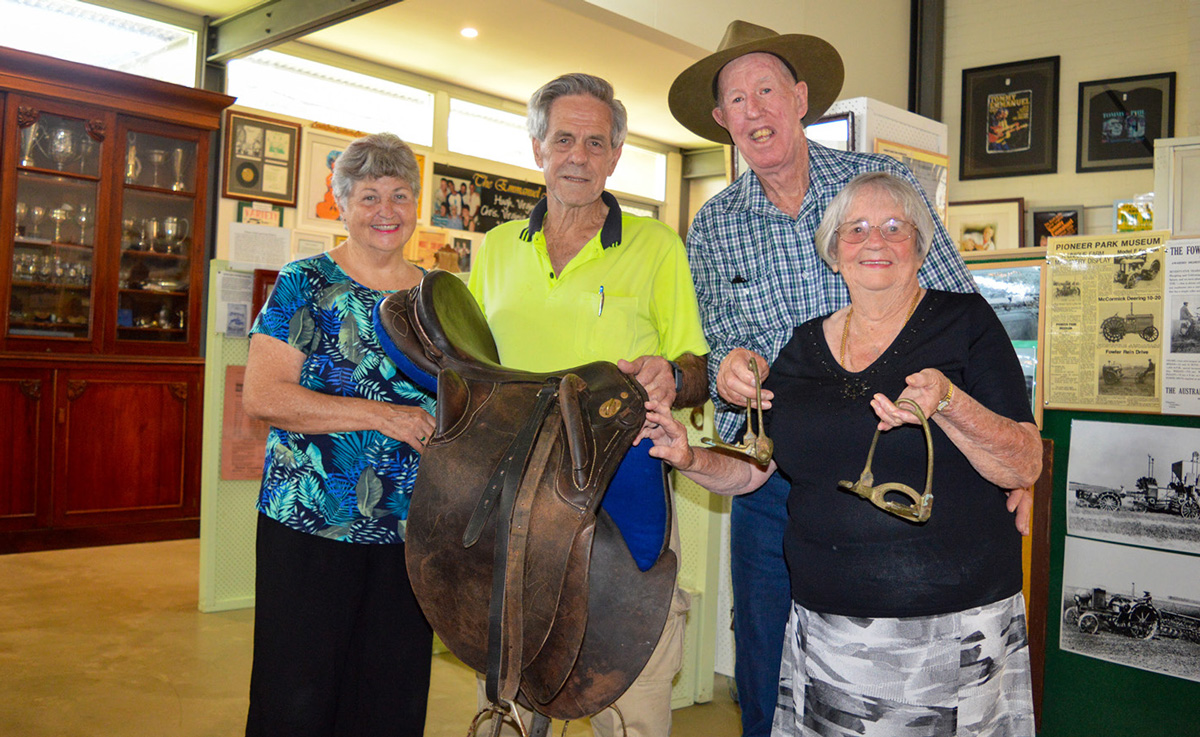 A 92-year-old saddle owned by a former president of the Goobang Shire has been returned to Parkes and donated to the Henry Parkes Museum.

James Ernest Job, known as Jim, was born in Molong in 1892. He married Dolly and they farmed Maroomba until 1950 when they sold it to Eric Job and retired in Peak Hill.

Jim bought a Hills patent saddle by PJ Talley from Cunningham Sydney that was made on 2nd June 1930. He bought the saddle for about 36 pounds, according to Jim’s grandson Ross Job.

Ross and Cherie Job from Ebenezer visited Parkes last week to donate the saddle to the Henry Parkes Museum where it will go on exhibition.

According to Ross another two saddles were made on the exact same day. The one was owned by Smokey Dawson and is on exhibition in the Longreach Hall of Fame, and the second one is in the Normington Museum.

Ross inherited the saddle from his father Hilton Job in 1963. He said he used it almost every day for about 20 years for campdrafting. In 1988 he took part in the bicentennial ride for about three weeks from Warwick over the Great Dividing Range to Towoomba.

Also present at the donation of the saddle to the museum was Nola Hando from Parkes. She is Jim’s daughter and Ross is her nephew. The saddle is two years older than Nola, and she can remember doing lots of horse riding on the farm as a child.

She said her father was associated with many committees over the years. Apart from being president of the Goobang Shire (now the Parkes Shire Council), he was also president of the Mungery School and the Peak Hill Show, volunteered for the bush fire brigade, served on the Farmers Settlers Association, and was a life member of the NSW Trot Club, Western District Trot Association and Peak Hill Trot Club.