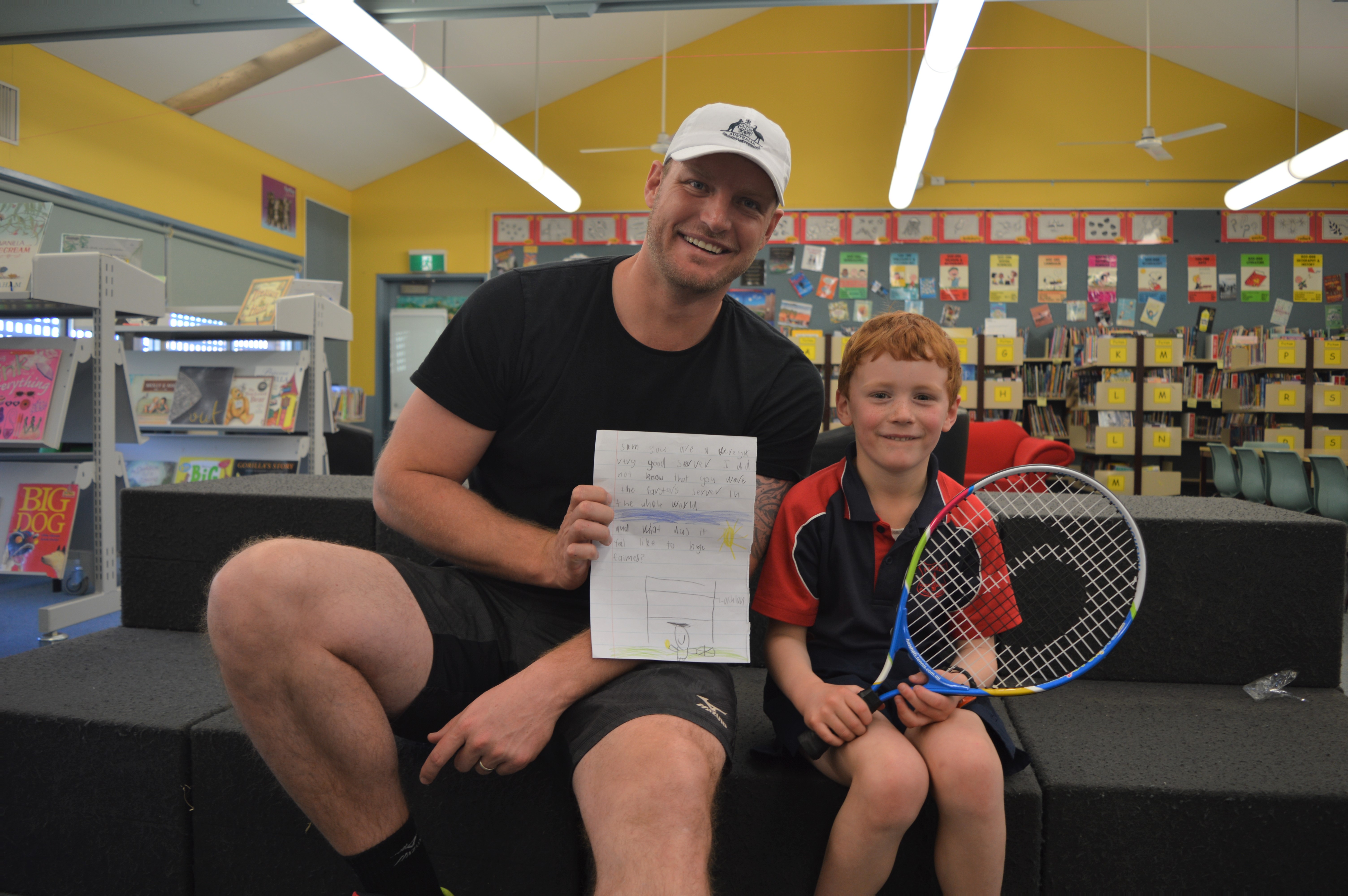 Many primary students in Parkes got to meet a real tennis hero last Friday when the world’s record holder for the fastest serve came to town.

Sam Groth, whose 2012 record for the fastest serve ever of 263km/h still stands, visited Parkes as Tennis Country Ambassador for NSW Tennis.

He had a quick stop at Parkes Christian School before heading to Parkes Public and Holy Family.

Sam said growing up in country NSW he really enjoyed coming to Parkes. “It is great getting out and meeting the kids. Hopefully it will inspire the next generation of tennis players, but also just to give the kids a role model to look up to and give them something to aspire to.”

At Parkes Public he handed over racquets to all the Kindergarten students. He said it was great handing out the racquets to get more kids to play tennis. “You never know the next super star might be out there.”

In return the students handed him letters they had written. “I did not know that you were the fastest server in the whole world,” wrote six-year-old Lachlan Orr. “What does it feel like to be famous?”

Sam also had a hit with some of the older students with some powerful shots leaving the students overwhelmed at times. He also met the school’s tennis teams who are the Regional PSSA champions and took second place in the Hot Shots Day.

At Holy Family Sam received a warm welcome and played tennis with the school’s champion team in front of the whole school.

Everyone moved into the hall for a Q&A with Sam. He also presented medals to the Todd Woodbridge Cup Regional Champion Team, who will be going to Sydney in November for the State finals, and left them with some inspiration to practise hard and play well.