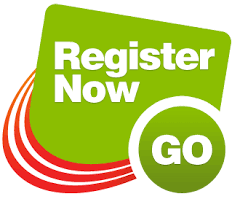 The Saturday junior competition of the Parkes & District Netball Association will start on the first Saturday after the school holidays for netballers in year 2 and above. The Net-Set-Go will start a few weeks later. Registration dates for players ages 5 to 17 years will be at the Parkes Netball Clubhouse in Baker Street on Saturday, 1st April from 10am to 12pm; Tuesday, 4th April from 6:30 to 8pm and Saturday, 8th April from 10am to 12pm. Individual players will need
to register online and bring their resigration forms with a receipt of payment to one of the registration days. See costs online. The link is www.parkesna.nsw.netball.com.au

The uniform is a navy skirt/shorts and white shirts. Contact Lisa Nutley on parkes_ netball@bigpond.com or 0439 863 162 after 5:30pm on weekdays. Also join the Parkes Netball Association group on Facebook to receive updates about weather cancellations and forfeits.