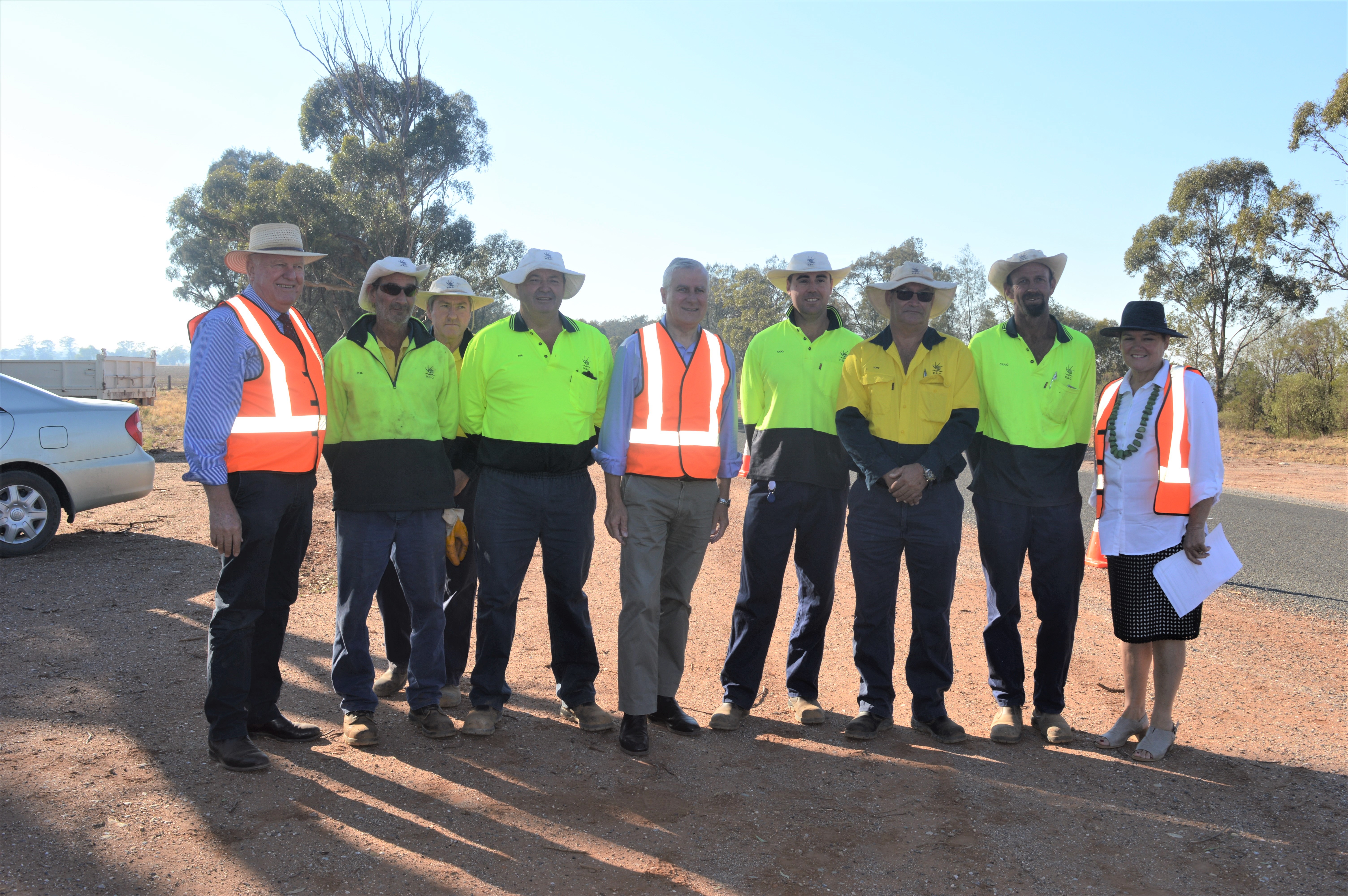 For over 50 years rural communities in the Parkes Shire have been asking for it and last Friday the upgrade and sealing of the Middle Trundle Road was officially opened.

“It is a terrific day,” said Deputy Mayor Barbara Newton, who travels up to 1,000km per week between Tullamore and Parkes. “What a difference it makes to all of us.”

Member for Riverina, Deputy Prime Minister and Minister for Infrastructure, Transport and Regional Development Michael McCormack said good roads were vital to ensure productivity and efficiencies, and to ensure people get to their destinations sooner and safer.

Middle Trundle Road is not only the most direct link from the Parkes Shire area to the Newell Highway, Mugincoble Silos and Central West Livestock Exchange, but it also provides Trundle and Tullamore more direct access to the Parkes urban centre.

For safety reasons, heavy vehicles often had to bypass Middle Trundle Road and instead pass through the village of Bogan Gate, adding 8km to each trip.

The sealing of Middle Trundle Road cuts travel time by about 10 minutes in each direction, which will boost productivity and save transport costs for local businesses.

Trundle resident Andrew Rawsthorne said the upgrade was very popular among residents. “It also means residents can now easily travel to Parkes for work instead of moving there. With all the new development projects in the shire and improved roads, people can now choose where they want to live.”