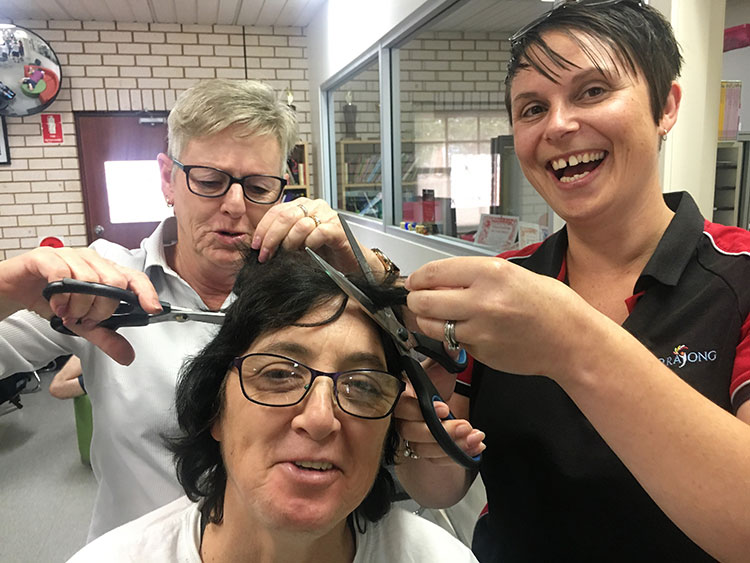 Deb Hewitt and Indigo Kriedemann of Currajong Disability Services will support Fiona McGonigal in her entry into the World’s Greatest Shave on 12th March at Currajong in Parkes.

Fighting cancer by raising money for cancer research is an admirable way of dealing with the disease.

Currajong Disability Services participant Fiona McGonigal was battling kidney cancer last year when she decided to shave her head to raise money for the Leukaemia Foundation.

This year Fiona will be participating again in the World’s Greatest Shave on 12th March. Despite beating kidney cancer last year, she received the unfortunate news that the disease has returned on the left side of her adrenal gland.

“After such a great response last year, especially from everyone at Currajong, I felt compelled to give it another go,” she said.

While Fiona has her up and down days, nothing will stop her trying to beat last year’s initial fundraising target of $1,000.

“The funds are vital, but so too is aware- ness of cancer and different cancer types,” Fiona said. “Every day another 35 Australians are diagnosed with a blood cancer. That’s one Aussie every 41 minutes.”

If you want to support Fiona, contact Currajong Disability Services about how to get involved on 6863 4713.