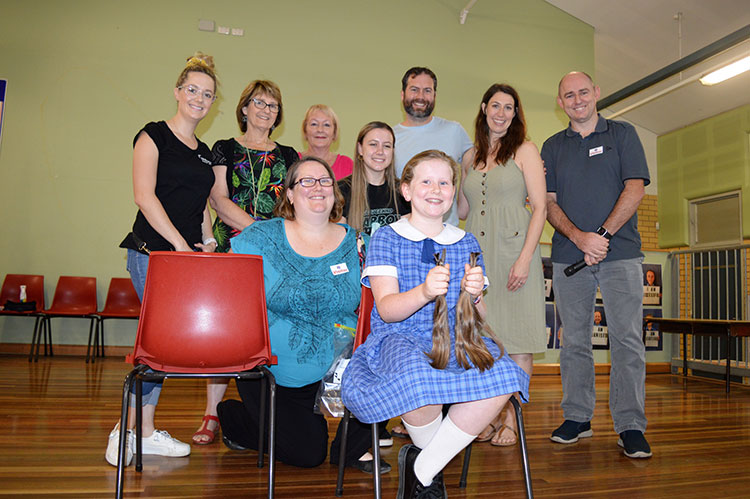 Two very special Parkes locals put their heads on the block for Leukaemia last week. Chloe Mudiman and Fiona McGonigal took on the challenge of the World’s Greatest Shave in front of two different audiences. Nine-year-old Chloe Mudiman proved she was not afraid of reaching out to help others, even if it meant shaving off all her hair in front of her school.

Last Wednesday the Year 5 student took to the stage at Parkes Public and allowed four special people in her life to cut off her pig tails, including family who were visiting from Canada.

Hairdresser Amber Thomson of Charisma then took charge and shaved off the rest. It was a special moment for Amber who gave Chloe her very first hair cut when she was five.

Chloe’s mum Katrina looked a bit worried as her brave daughter’s hair started falling to the floor with all the primary students looking on. Chloe only saw herself in a mirror at the end.

Rubbing her hand over her newly shaved head she said with a big smile,” It feels a little bit weird.”

Chloe saw the ads on TV for the World’s Greatest Shave and in combination with her knowledge of her nan’s breast cancer, decided she wanted to shave off her hair.

She is not only raising money for Leukaemia, and has already reached the $2,000 mark, but will also be donating her locks to the World’s Greatest Shave to be turned into a wig. 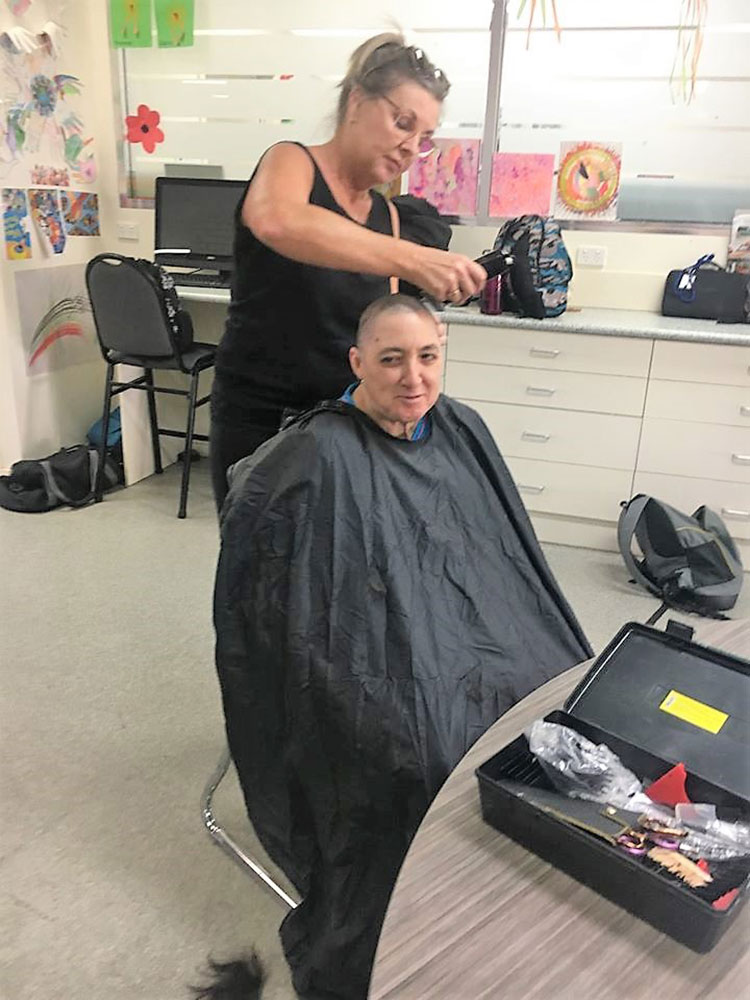 For Fiona McGonigal it is a much more personal battle. She took on the challenge last year to raise $1,000 for the World’s Greatest Shave whilst battling kidney cancer.

Despite beating cancer later in the year, she received the unfortunate news that the disease has returned on the left side of her adrenal gland. This did not stop her from shaving her hair off again last Thursday in front of a Currajong Disability Services crowd.

“I am rapt to be able to help do my bit for cancer,” she said. “After such a great response last year, especially from everyone at Currajong, I felt compelled to give it another go.”

While Fiona has her up and down days, she says nothing will stop her trying to beat last year’s fundraising effort.

“The funds are vital, make no secret of it, but so too is awareness of cancer and different cancer types,” Fiona said.

Now in its 22nd year, World’s Greatest Shave is an iconic Australian event widely embraced by hundreds of thousands of people in Australia. The campaign is led by beloved superhero and mascot Shaver- hands leading the charge to shave the world from blood cancer, rallying men and women to sign up to shave, colour or cut their hair to help support the 41 Australians diagnosed with blood cancer each day.

Leukaemia Foundation CEO, Bill Petch said the act of shaving their heads gave participants not only an emotional connection with loved ones who have no choice but to lose their hair following cancer treatment, but it also provided participants with a real sense of empowerment, empathy, philanthropy, community and a deep social conscience.