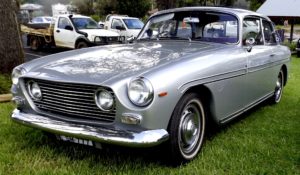 It is fitting that the Armstrong Siddeley Club visit Parkes on Sunday as part of its 50th anniversary rally.

The original company was formed in 1919 in Coventry England, and Coventry is a sister city of Parkes.

The company was very quick off the mark after World War II, announcing new models (Hurricane, Lancaster and Typhoon) just three days after the end of the war. The 3.4 litre Sapphire was introduced in 1952, and replaced by the Star Sapphire in 1958. A mid-sized Sapphire 236 was produced between 1956 and 1958.

Although all vehicles were excellently engineered with above average performance, they were priced much above comparably sized Jaguars. Sales were moderate, and production ceased in 1960.