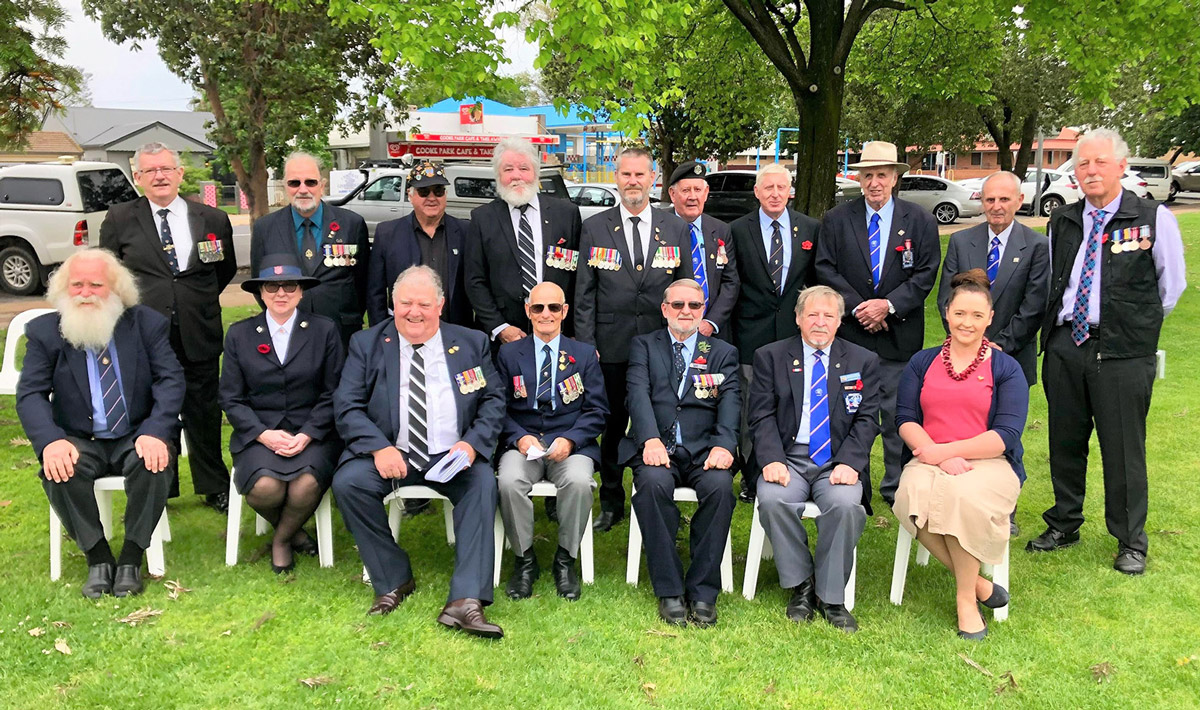 The commemoration of Remembrance Day was held at the Cooke Park Memorial last Thursday to mark the 103rd anniversary of the Armistice that ended the First World War on 11 November 1918.

Organised by the Parkes RSL Sub-branch, the event was mostly attended by veterans and their families.

The Parkes RSL Sub-branch organised fundraising events in the lead up to 11th November with a street stall, collections at pubs and clubs and a sausage sizzle at Forbes Bunnings where they also sold badges and memorabilia.

Last Thursday also marked the 80th Anniversary of the Opening of the Australian War Memorial during the Second World War. The Memorial was unveiled to the public by the Governor-General, Lord Gowrie on 11th November 1941. Over 5,000 people attended the event including the Prime Minister John Curtin, General Sir Thomas Blamey, and 18 recipients of the Victoria Cross. In the 80 years since, countless Australians have made the pilgrimage to the site of national remembrance and honour.

In Sydney the day was commemorated with bright red poppies lighting up the Sydney Opera House sails at dawn as a stark and beautiful reminder of all we owe our service men and women – past and present.